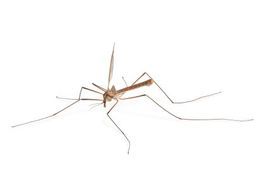 Singapore: A dengue vaccine candidate developed by the National Institutes of Health (NIH) has shown to be safe and has generated a strong immune response. The early-stage clinical trial was sponsored by NIH's National Institute of Allergy and Infectious Diseases (NIAID) and the results of the study were published in the January 17, 2013, issue of Journal of Infectious Diseases.

NIAID director Dr Anthony S Fauci said that, "We are cautiously optimistic about these recent clinical trial results with this candidate tetravalent vaccine developed at NIAID. However, much more work still needs to be done."

The phase I clinical trial, launched in July 2010 and led by principal investigator Dr Anna Durbin, Johns Hopkins Bloomberg School of Public Health in Baltimore, tested a single dose of each of four versions of the investigational dengue vaccine TetraVax-DV. The vaccine was developed by scientists in NIAID's Laboratory of Infectious Diseases.

It is a live-attenuated vaccine, which means that the viruses it contains are weakened enough such that they do not cause illness but still can induce an immune response. Each of the four vaccines tested included different mixtures of components designed to protect against all four dengue viruses.