GSK's malaria vaccine might be reality in two years 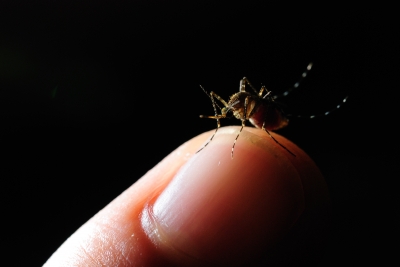 GlaxoSmithKline plans to sell the vaccine at cost price plus 5 percent which, it said, would fund further research in tropical diseases

Singapore: The results of the phase III clinical trials of a malaria vaccine being developed by British pharmaceutical major GlaxoSmithKline has managed to bring some good news for the controversy stricken company. The company announced the results of the phase III trial that demonstrated effectiveness in protecting infants and young children up to 18 months after vaccination.

GSK has said that the vaccine demonstrated that it reduces malaria cases to almost half (46 percent) in children (aged 5-17 months at first vaccination) and to around a quarter in infants (aged 6-12 weeks at first vaccination) over an 18-month follow-up period. The company plans to submit a regulatory application to the European Medicines Agency (EMA) next year, which can clear the world's first vaccine against a parasitic disease by 2015.

"While we have seen some decline in vaccine efficacy over time, the sheer number of children affected by malaria means that the number of cases the vaccine can help prevent is impressive," said Mr Andrew Witty, Chief Executive, GSK .

The company further added that it plans to sell the vaccine at cost price plus 5 percent which, it said, would fund further research in tropical diseases.

It said that these results were drawn from a study of 15,000 babies and children in seven countries in Africa. The country witnesses 6,00,000 malaria deaths every year. The study results showed that an average of 941 cases of clinical malaria were prevented for every 1,000 vaccinated children over the 18 month follow-up period. Cases of malaria hospitalizations were reduced by 42 percent it said.

The scientists however found that the overall vaccine efficacy declined over time.