Vaccines do not cause autism: Study 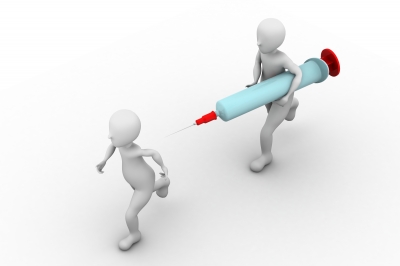 Singapore: Researchers from the University of Sydney, have dismissed any link between development of autism and childhood vaccination programs. In a study that covered more than 1.25 million children, from the US, UK, Japan and Denmark, it was proved that there is no risk of autism associated with childhood vaccines like diphtheria, tetanus, whooping cough, as well as the MMR shot for measles, mumps and rubella.

The vaccines were tested for all its ingredients, including thimerosal and mercury. "The findings were saying no connection," associate professor Mr Guy Eslick, who led the research, said. The study, being the world's first analysis of its kind, was published in the Journal Vaccine.

Mr Eslick hopes that the study reaches a lot of parents who are currently apprehensive about vaccination, in the fear that their children might develop autism. He believes the findings would be an end to the anti-vaccination movement in Australia and the world. The study was conducted in response to an earlier article written by Mr Andrew Wakefield, in the British Journal, which claimed that autism was a result of child vaccination programs.