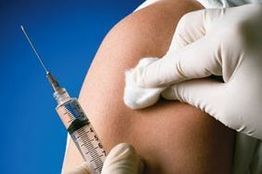 Singapore: The decision by New Zealand and Australian Prime Ministers to investigate potential vaccines against rheumatic fever has been welcomed by the University of Auckland, New Zealand.

The prime ministers have committed $2.51 million (NZ$3 million) over two years for a trans-Tasman project to identify vaccines that could be taken into clinical development. The vaccine project complements ongoing public health programs that address the issues which contribute to high rates of the disease in New Zealand and Australia.

Rheumatic fever is the result of an immune reaction to infection by group A streptococcus, and vaccination against the bacterium has the potential to prevent the disease. There are many different strains of group A streptococcus worldwide, and the vaccine project will focus on those found in New Zealand and Australia.

"The University has considerable expertise in both the basic science of group A streptococcus infection and the public health approaches required to tackle high rates of rheumatic fever. We're delighted to have been actively engaged in investigating potential vaccine candidates," said Professor John Fraser, dean of the faculty, Medical and Health Sciences, who is a world expert in streptococcal pathogenesis. Professor Fraser said that the university looks forward to the release of further details on the project.