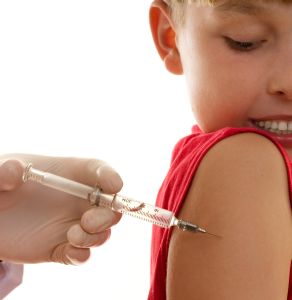 Singapore: Sanofi Pasteur, the vaccines division of Sanofi, has launched IMOJEV vaccine against Japanese encephalitis (JE) in Australia. IMOJEV is the first single dose vaccine against JE for adults in Australia. For children, one dose of IMOJEV is recommended for primary immunization; the addition of a booster dose to extend the duration of protection is being assessed by the Australian health authorities. IMOJEV vaccine is licensed in Australia for people of 12 months of age and older.

About three billion people in Asia Pacific are at risk of JE for which there is no specific treatment. In 1995, the first outbreak in Australia was identified in the islands of the Torres Strait. More recently, outbreaks have occurred in Northern Queensland. JE is the leading cause of childhood viral neurological infection and disability in Asia. JE is also a potential risk for travellers to endemic areas. Over 1.5 million Australians travel to JE endemic countries of the Asia Pacific region.

"IMOJEV has shown to provide seroprotection to over 90 percent adults just two weeks after vaccination with one dose which provides strong motive to be vaccinated before traveling," said Dr Joseph Torresi, head of Travel Medicine at the Austin Hospital. "There is no specific treatment for JE and vaccination is the most effective way to be protected."

The Australian health authorities granted marketing authorization to IMOJEV vaccine based on the review of clinical studies involving over 4,000 children and adults which demonstrated the safety of IMOJEV vaccine and its ability to generate a protective immune response with one dose.

"IMOJEV is an innovative vaccine that confers high-level protection against Japanese encephalitis with just one dose," said Mr Russell Jacobson, general manager of Sanofi Pasteur in Australia. "IMOJEV makes scheduling a trip in the Asia Pacific region, or other endemic areas, more convenient for business travellers, tourists and the military alike."