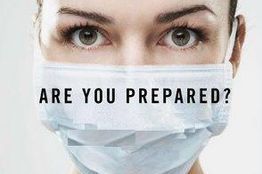 Singapore: Researchers at nine sites have begun testing in humans an investigational H7N9 avian influenza vaccine. The two concurrent phase II clinical trials are sponsored by the National Institute of Allergy and Infectious Diseases (NIAID), which is a part of the National Institutes of Health (NIH).

The trials are designed to gather critical information about the safety of the candidate vaccine and the immune system responses it induces when administered at different dosages and with or without adjuvants, substances designed to boost the body's immune response to vaccination.

Human cases of H7N9 influenza first emerged in China in February 2013, with the majority of reported infections occurring in the spring. As of Aug. 12, 135 confirmed human cases, including 44 deaths, have been reported by the World Health Organization (WHO). Most of these cases involved people who came into contact with infected poultry. Although no H7N9 influenza cases have been reported outside of China and the virus has not demonstrated sustained person-to-person transmission, there is concern that it could mutate to pose a much greater public health threat.

"H7N9 avian influenza virus, like all novel influenza virus strains to which people have not been exposed, has the potential to cause widespread sickness and mortality," said NIAID director, Dr Anthony S Fauci, "We are now testing a vaccine candidate with and without adjuvant in an effort to prepare for and, hopefully, protect against this possibility."

The two clinical trials, which will enroll healthy adults, aged between 19-to-64, will evaluate an investigational H7N9 vaccine developed by Sanofi Pasteur. The candidate vaccine was made from inactivated H7N9 virus isolated in Shanghai, China in 2013. Adjuvants are being tested with the investigational vaccine because previous vaccine research involving other H7 influenza viruses has suggested that two doses of vaccine without adjuvant may not produce an immune response adequate to provide effective protection.

In pandemic situations, adjuvants also can be used as part of a dose-sparing strategy, which would allow production of more doses of vaccine from the available supply of the viral antigen, thereby allowing a greater number of people to be vaccinated more quickly.

The first clinical trial, led by Dr Mark J Mulligan of Emory University in Atlanta, US, will enroll as many as 700 study participants who will be randomly assigned to one of seven groups (up to 100 participants in each group). Each group will receive two equivalent dosages (3.75 micrograms [mcg], 7.5 mcg, 15 mcg or 45 mcg) of the candidate vaccine, approximately 21 days apart. Five of the groups will receive the vaccinations along with MF59 adjuvant, developed by Novartis Vaccines and Diagnostics.

The second trial, led by Dr Lisa A Jackson, of Group Health Research Institute in Seattle, will enroll as many as 1,000 participants. Each participant will be randomly assigned to one of 10 groups (up to 100 participants per group) and will receive two equivalent doses (same dosages as the other trial) of the investigational H7N9 vaccine given 21 days apart.