A vaccine that will make alcoholics quit drinking

Alcoholics can soon get vaccinated to quit drinking 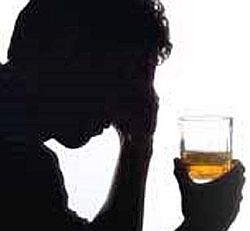 Alcoholics can soon get vaccinated to quit drinking

Singapore: Researchers at the Institute for Cell Dynamics and Biotech at Universidad de Chile are developing a new vaccine that gives alcoholics an immediate and heavy hangover, thus helping in eradicating their ill habit of drinking. The vaccine ups the ante on hangovers in order to discourage consumption.

The vaccine, which would be effective for between six months and a year, works by sending a biochemical message to the liver telling it not to express genes that metabolise alcohol. Normally, the liver turns alcohol into the hangover-causing compound called acetaldehyde, which is then broken down by a metabolising enzyme. If someone who's been vaccinated tries to drink alcohol, they will immediately experience severe nausea, accelerated heartbeat, and general discomfort. Once the vaccine has been administered, it cannot be reversed.

Dr Asenjo feels that although the vaccine is not a cure, it could provide an important first step. He said to Santiago Times that, "People who end up as alcoholics have a social problem; a personality problem and then they get depressed. So it's not so simple. But if we can solve the chemical, the basic part of the problem, I think it could help quite a bit. If it works, it's going to have a worldwide impact, but as with all vaccines, one has to test them carefully. I think the chances that this one will work are quite high."

The vaccine would work by acting on RNA that control gene expression. The so-called anti-aldh2 antisense RNA acts as a messenger to tell the liver not to express genes that metabolise alcohol. Dr Asenjo said his research team in Chile is heading up the only trial of alcohol vaccines in the world. The drug doesn't ease intense cravings and has a high toxicity level. Coping with harsher hangovers is apparently a tough pill to swallow as patients often don't continue taking the medicine as directed.