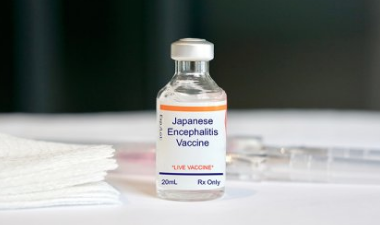 A potential new approach to administering an existing Japanese encephalitis (JE) vaccine could make it more affordable and increase dose numbers in Australia.

Researchers from The University of Queensland (UQ) and QIMR Berghofer Medical Research Institute, along with Dr Deb The Travel Doctor, are investigating the efficacy of a smaller, intradermal dose of a JE vaccine.

UQ’s Dr Luis Furuya-Kanamori said the research was only in the preliminary phase, but the initial results were encouraging.

“Participants were given a micro-dose of an existing vaccine into the top layer of the skin rather than in the deeper layers. After eight weeks, the first 11 participants had all produced good antibody levels without severe adverse events. What it means is this potential approach could lower the cost of JE vaccination and protect four times as many people per vaccine vial”, Dr Furuya-Kanamori said.

Japanese encephalitis is a potentially deadly arbovirus transmitted by mosquitos that causes high levels of human disease in many countries including China, India, Philippines, and Vietnam.