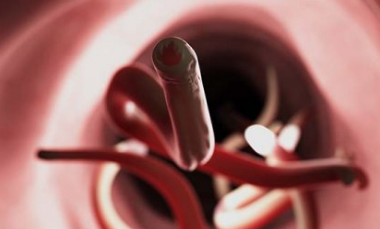 There’s been a significant breakthrough in the development of a vaccine to prevent hookworm infection, a parasite which causes serious disease in tens of millions of people globally.

Trials of the vaccine candidate in mice, led by researchers at The University of Queensland (UQ), indicate that it is more than twice as effective than existing alternatives and marks a leap forward in the battle against the highly contagious parasite.

According to the researchers, the ease with which the vaccine could be administered via tablet, liquid or powder would be a gamechanger for developing countries.

Hookworm currently infects around half a billion people globally and lives within the human intestine, using the host’s blood as its source of nourishment, digested through a special set of enzymes.

UQ’s trials in mice showed significant improvements on an alternative vaccine candidate which only achieved a 30 to 50 per cent reduction in the number of worms.

The researchers plan to continue working on and refining the vaccine candidate in preclinical development settings, to ensure its safety and efficacy, before beginning human clinical trials.