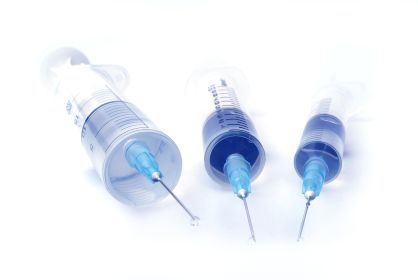 Typbar-TCV, a fourth generation vaccine against typhoid disease, was evaluated in 1,200 healthy subjects at nine clinical sites, where it demonstrated long term protection to adults and infants six months and older

Singapore: Hyderabad based company, Bharat Biotech has launched the world's first typhoid vaccine that can be given to infants older than six months.

The company which is the world's largest producer and supplier of Vi typhoid vaccine has distributed over 50 million doses globally and had been looking at making a typhoid vaccine that promises long term protection and protection for the critical group that requires it most: children below two years of age.

The fourth generation vaccine against typhoid disease - Typbar-TCV was evaluated in 1,200 healthy subjects at nine clinical sites, where it demonstrated long term protection to adults and infants six months and older.

The conjugate vaccine presented 98 percent seroconversion in infants aged six months to 24 months, in the Phase III clinical study. Further it presented 99 percent seroconversion in children between 2 to 15 years of age and 92 percent in the 15 to 45 year age group, as measured by four-fold increase in serum IgG responses. It also proved superior to the Vi polysaccharide typhoid vaccines, and was safe and well tolerated in all tested age groups.

Bharat Biotech has commenced commercial production of Typbar-TCV in pre-filled syringes and will soon supply in the global markets in places such as South East Asia, South America, Africa, Central Asia and South Asia. It is being prepared at the company's vaccine production facility in Genome Valley that has the capacity to produce 10 million doses each year, and up to 50 million doses per year in the future.

"We hope this vaccine will reach millions of people and help reduce the burden of this devastating disease in infants and children," said Dr Krishna M Ella, Chairman and Managing Director of Bharat Biotech in a press statement.

World Health Organization has estimated that 90 percent of typhoid deaths occur in Asia and persists mainly in children under five years of age. In India, typhoid fever is seen round the year, although it manifests largely during the monsoon season.