UNAIDS calls for an increase in vaccine research

Although the number of new infections has declined in recent years, the world is still far from achieving the UNAIDS Fast-Track Target of reducing new HIV infections to fewer than 500 000 by 2020. 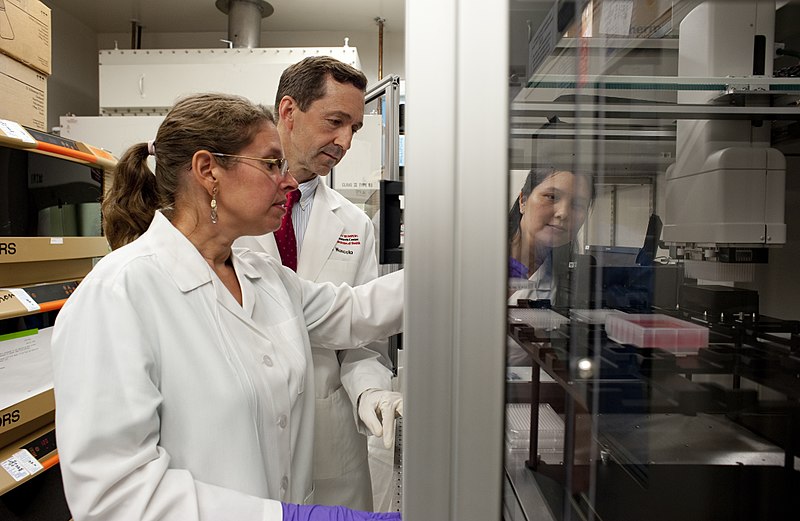 On HIV Vaccine Awareness Day, 18 May, UNAIDS is calling for an increase in research and investment to find an effective vaccine to protect people against HIV and stop new HIV infections. In 2016, around 1.8 million people were newly infected with HIV and although the number of new infections has declined in recent years, the world is still far from achieving the UNAIDS Fast-Track Target of reducing new HIV infections to fewer than 500 000 by 2020.

“New HIV infections are not declining fast enough and stopping infections must become a global priority,” said Michel Sidibé, Executive Director of UNAIDS. “There are 36.7 million people living with HIV today, all in need of costly treatment for life, which will be difficult to sustain over the long term. To truly end AIDS, it is essential to find an effective HIV vaccine and a cure.”

In mid-2017, more than half (20.9 million) of the 36.7 million people living with HIV had access to antiretroviral medicines to keep them alive and well. Over the next decade, efforts will be scaled up so that all people living with HIV can access the life-saving treatment. Without a cure or a therapeutic vaccine, millions of people will need to be sustained on lifelong treatment.

Promising steps have been made in recent years, with four large-scale trials currently under way and exciting developments in the pipeline. Innovative approaches to immunization are showing great promise in animal models and an ever-increasing array of highly potent broadly neutralizing antibodies have been discovered and can be engineered to persist in the human body so that we may one day be able to prevent HIV infection with a single injection each year.

Safe and effective vaccines have the potential to change the world. Some infectious diseases that were once commonplace, killing millions and leaving countless people with lifelong disabilities have become rare. Smallpox has been eradicated, only 17 people developed polio in 2017 and in 2016 the Pan American Health Organization declared that measles had been eliminated from the Americas.

An effective, durable, affordable and safe vaccine for HIV would significantly advance efforts to end AIDS. For the past decade, investments have remained steady, at around US$ 900 million per year, which is less than 5% of the total resources needed for the AIDS response. By scaling up investments in HIV vaccine research, diversifying funding and attracting the best scientists from around the world, a vaccine for HIV could become a reality.