This is the finding of a study led by researchers from Perlmutter Cancer Center at NYU Langone Health, and published online in the journal Cell. 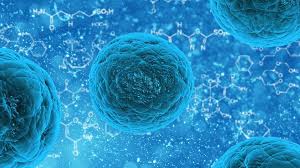 Singapore- Vitamin C may "tell" faulty stem cells in the bone marrow to mature and die normally, instead of multiplying to cause blood cancers. This is the finding of a study led by researchers from Perlmutter Cancer Center at NYU Langone Health, and published online in the journal Cell.

Certain genetic changes are known to reduce the ability of an enzyme called TET2 to encourage stem cells to become mature blood cells, which eventually die, in many patients with certain kinds of leukemia, say the authors. The new study found that vitamin C activated TET2 function in mice engineered to be deficient in the enzyme.

"We're excited by the prospect that high-dose vitamin C might become a safe treatment for blood diseases caused by TET2-deficient leukemia stem cells, most likely in combination with other targeted therapies," says corresponding study author Benjamin G. Neel, MD, PhD, professor in the Department of Medicine and director of the Perlmutter Cancer Center.

Changes in the genetic code (mutations) that reduce TET2 function are found in 10 percent of patients with acute myeloid leukemia (AML), 30 percent of those with a form of pre-leukemia called myelodysplastic syndrome, and in nearly 50 percent of patients with chronic myelomonocytic leukemia. Such cancers cause anemia, infection risk, and bleeding as abnormal stem cells multiply in the bone marrow until they interfere with blood cell production, with the number of cases increasing as the population ages.

Along with these diseases, new tests suggest that about 2.5 percent of all U.S. cancer patients – or about 42,500 new patients each year – may develop TET2 mutations, including some with lymphomas and solid tumors, say the authors.