CardioCel can do heart valve reconstruction 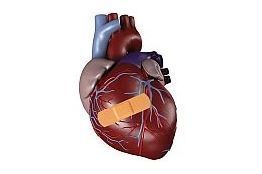 Singapore: Australia-based Allied Healthcare has demonstrated that its cardiovascular patches, CardioCel, promote healing at the site of repair of heart valves. The study was undertaken in collaboration with paediatric cardiac surgeon Professor Christian Brizard, from The University of Melbourne.

The histology data showed that after eight months there had been significant new tissue growth on both sides of the implanted CardioCel patch, consisting of collagen and several different cell types, which are typically found in a healthy cardiovascular healing process as well as in heart valves. In the study there was no evidence of macroscopic calcification of the CardioCel implant on echocardiography (heart ultrasound) and in molecular measurement of extractable calcium, the active CardioCel tissue had 40 percent less calcium than the control native autologous tissue.

"As well as tissue regeneration, further evidence of the lack of calcification in the CardioCel tissue is very encouraging. Reduced calcification should result in the reduction of repeat surgeries, and therefore the reduction in unnecessary patient risk, stress and cost, promoting a lifelong solution for patients. These results provide further support to the importance and benefits of CardioCel in the area of tissue repair, reconstruction and regeneration," said Mr Bob Atwill, CEO, Regenerative Medicine Franchise.