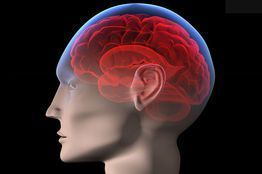 Singapore: A study conducted by Dr Steven Goldman and his team at the University of Rochester Medical Center (URMC), US, has attempted to employ human induced pluripotent stem cells (hiPSC) from human skin to produce a population of cells that are critical to neural signaling in the brain, by transplanting them into animal models of myelin disease.

The first-of-its-kind research was published in the February 7 issue of the journal Cell Stem Cell and shows that human brain cells created by reprogramming skin cells are highly effective in treating myelin disorders, which is a family of diseases that includes multiple sclerosis and rare childhood disorders called pediatric leukodystrophies.

The source of the myelin cells in the brain and spinal cord is a cell type called the oligodendrocyte. Oligodendrocytes are, in turn, the offspring of another cell called the oligodendrocyte progenitor cell or OPC. Myelin disorders have long been considered a potential target for cell-based therapies. Scientists have theorized that if healthy OPCs could be successfully transplanted into the diseased or injured brain, then these cells might be able to produce new oligodendrocytes capable of restoring lost myelin, thereby reversing the damage caused by these diseases.

Dr Goldman's team was the first to successfully master the complex process of using hiPSCs to create OPCs. This process proved time consuming. It took Dr Goldman's lab four years to establish the exact chemical signaling required to reprogram, produce, and ultimately purify OPCs in sufficient quantities for transplantation and each preparation required almost six months to go from skin cell to a transplantable population of myelin-producing cells.

Once they succeeded in identifying and purifying OPCs from hiPSCs, they then assessed the ability of the cells to make new myelin when transplanted into mice with a hereditary leukodystrophy that rendered them genetically incapable of producing myelin.

They found that the OPCs spread throughout the brain and began to produce myelin. They observed that hiPSC-derived cells did this even more quickly, efficiently, and effectively than cells created using tissue-derived OPCs. The animals were also free of any tumors, a dangerous potential side effect of some stem cell therapies, and survived significantly longer than untreated mice.

Dr Goldman, lead author of the study, said, "It appears that cells derived from hiPSC are at least as effective as those created using embryonic or tissue-specific stem cells. Compared to neurons, which are among the first cells formed in human development, there are more stages and many more steps required to create glial cells such as OPCs."

He added, "This process requires that we understand the basic biology and the normal development of these cells and then reproduce this precise sequence in the lab. The new population of OPCs and oligodendrocytes was dense, abundant, and complete. In fact, the re-myelination process appeared more rapid and efficient than with other cell sources."

The next stage in evaluating these cells is clinical studies. Dr Goldman, along with a team of researchers and clinicians from Rochester, Syracuse, and Buffalo, are preparing to launch a clinical trial using OPCs to treat multiple sclerosis. This group, titled the 'Upstate MS Consortium', has been approved for funding by New York State Stem Cell Science (NYSTEM). While the consortia's initial study, the early stages of which are scheduled to begin in 2015, will focus on cells derived from tissue sources, Dr Goldman anticipates that hiPSC-derived OPCs will eventually be included in this project.