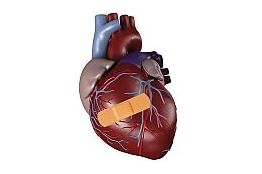 Singapore:. A team of researchers led by Dr Matthias Nollert at the University of Oklahoma in Norman have found that stem cells that are extracted from the fat tissue after liposuction could be used to create blood vessels. This could in turn be used to replace faulty arteries in the heart and thus save lives.

Dr Nollert and his colleagues coaxed liposuction-derived stem cells into forming smooth muscle cells found in arteries and veins by growing these cells along a thin collagen membrane, which was rolled into a tube the size of a small blood vessel.

As the smooth muscle cells grew, the team subjected them to several mechanical stresses that mimic the expansion and collapse that such a vessel would ultimately experience in the heart. Unlike artificial stents, which restore blood flow through narrow or once-blocked arteries, vessels made from one's own stem cells wouldn't run the risk of being rejected by the immune system.

Side effects that can occur when damaged vessels are replaced with those taken from other parts of the body would also be avoided. The work has been presented at the American Heart Association's meeting in New Orleans.