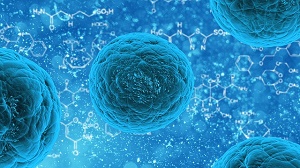 Under the financial terms of the agreement, Athersys will receive an up-front cash payment of $10 million from Chugai and would receive additional payments as the program is further advanced

Singapore: Chugai Pharmaceutical and US-based Athersys have entered into a partnership and license agreement to exclusively develop and commercialize MultiStem cell therapy for ischemic stroke in Japan. Ischemic stroke represents a priority disease area in Japan, given the high healthcare burden of the condition and the expected increase in incidence associated with Japan's aging population.

Athersys' proprietary cell therapy product, MultiStem, is currently being evaluated in a Phase 2 clinical study for ischemic stroke in the US and Europe, and Athersys has begun preparations for clinical development in Japan, including engagement with the Japanese Health Authority. Chugai is a leading research-based pharmaceutical company with strengths in biotechnology products, and Athersys believes that Chugai brings to the collaboration substantial expertise and experience in late-stage development and commercialization in Japan.

Under the financial terms of the agreement, Athersys will receive an up-front cash payment of $10 million from Chugai and would receive additional payments as the program is further advanced. Athersys is eligible to receive milestone payments from Chugai of up to $45 million upon the successful achievement of certain development and regulatory milestones, and sales milestones of up to 17.5 billion Yen (approximately $150 million based on the current exchange rate). Athersys would also receive from Chugai tiered, double-digit royalties on any net sales, as well as payments for product supplied to Chugai.