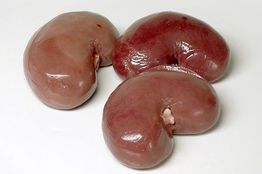 Singapore: Researchers at A*star's Institute of Bioengineering and Nanotechnology (IBN), Singapore, have generated human kidney cells from human embryonic stem cells in vitro. Specifically, they produced the renal cells under artificial conditions in the lab without using animals or organs. This has not been possible until now.

According to IBN executive director, Professor Jackie Y Ying, "This discovery has wide-reaching implications for in vitro toxicology, drug screening, disease models and regenerative medicine. In particular, we are interested in applying our technology to develop predictive in vitro drug testing and renal toxicity models as alternatives to animal testing."

IBN team leader and principal research scientist, Dr Daniele Zink, elaborated, "The kidney is a major target organ for drug-induced toxic effects. Therefore, it is important for pharmaceutical companies to find out early in the development phase whether their drugs would cause nephrotoxicity in humans. However, animal models are of limited predictability, and there is currently no regulatory accepted in vitro assay based on renal cells to predict nephrotoxic effects."

At present, human kidney cells are extracted directly from human kidney samples. However, this method is not efficient because such samples are limited, and the extracted cells die after a few cell divisions in the petri dish. Also, cells obtained from different samples would display variable features, depending on age, gender, health status and other conditions of the donor.

An alternative approach is to use human renal cell lines that have been rendered immortal, i.e. they can be reproduced indefinitely in the lab. However, such cells may not be used in many applications due to safety issues, and their functional features have usually been changed so profoundly that they may no longer be useful toward predicting cell behavior in the human body.

IBN has recently received a grant from A*STAR's Joint Council Office Development Program to further develop predictive in vitro models for liver- and kidney-specific toxicity. This project will be conducted in collaboration with the Experimental Therapeutics Center, the Bioinformatics Institute and the National University Health System.