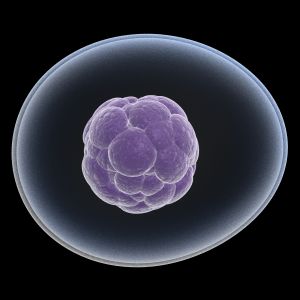 Singapore: The research group led by Associate Professor Kenji Osafune and his colleague Shin-ichi Mae, both from Centre for iPS Cell Research and Application (CiRA) at Kyoto University, has succeeded in developing a highly efficient method of inducing human induced pluripotent stem (iPS) cells to differentiate into intermediate mesoderm, the precursor of kidney, gonad, and other cell lineages. This represents a major step toward realizing renal regeneration.

The research team established a method through which fluorescent protein can be readily inserted into the human iPS or ES cell genome through homologous recombination and used it in human iPS cells to successfully introduce green fluorescent protein (GFP) into Odd-skipped related 1: (OSR1), a marker gene for intermediate mesoderm differentiation. This makes it possible to ascertain whether differentiation into the target intermediate mesoderm cells has been achieved.

The findings indicate the possibility of using iPS cells to create a supply of cells for use in renal regenerative medicine. The differentiation system developed by the researchers is also expected to provide a new research tool to help elucidate the developmental mechanism of intermediate mesoderm.

The next step required is to develop a technique that allows efficient and specific differentiation into kidney cells using intermediate mesoderm derived from human iPS or ES cells. As intermediate mesoderm is known to differentiate into the three different lineages of kidney, adrenal cortex, and gonad cells, the new technique has potential application in regenerative medicine not only for the kidney but also for the adrenal cortex and gonad.