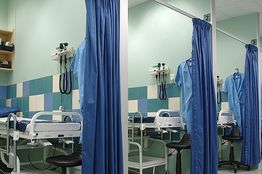 Singapore: Cytori Therapeutics announced that a 40-patient, multi-center investigator-sponsored and funded clinical study in Japan using the Celution System has been approved under the Ministry of Health, Labor and Welfare (MHLW) Guidelines on Clinical Research Using Human Stem Cells.

The study will investigate the use of patients' own adipose-derived stem and regenerative cells (ADRCs) processed by the Celution System for peripheral artery disease (PAD) or arteriosclerosis obliterans (AO). PAD or AO are common circulatory problems in which narrowed arteries reduce blood flow to the limbs.

The principal investigator will be Dr Toyoaki Murohara, MD, professor and chairman, department of cardiology at the primary trial center, Nagoya University Graduate School of Medicine. The trial will include two additional Japanese sites.

"It has been reported by many researchers domestically (Japan) and overseas that transplantation of ADRCs stimulates vascularization of an ischemic area," said Dr Murohara. "Specifically, positive clinical results were reported with regards to the treatment for ischemic heart failure in Europe using ADRCs. Although Japan has lagged far behind in this field, I believe that approval by MHLW under the new clinical research guidelines to study ADRCs for limb ischemia is a big step for medical care of vascularization therapy in Japan."

This multi-center, single arm study will enroll patients with peripheral artery disease, Burger's disease, or with severe limb ischemia caused by connective tissue disease. Each patient will receive an injection of their own ADRCs into the skeletal muscle at the affected area on the limb. Patients will undergo follow-up examinations at one week and at one, three and six months with primary endpoints of safety and limb salvage rate as compared to conventional treatment.