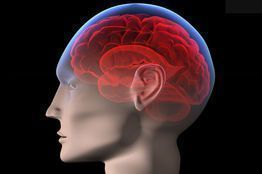 Singapore: Scientists led by Dr JÃ¼rgen Knoblich at the Institute of Molecular Biotechnology (IMBA) of the Austrian Academy of Sciences (OeAW) have developed complex human brain tissue in a three-dimensional culture system in the lab. The researchers used pluripotent stem cells to develop into cerebral organoids, or 'mini brains', that consist of several discrete brain regions. The research has been published in the current issue of Nature.

Studies of the human brain's development and associated human disorders are extremely difficult, as no scientist has thus far successfully established a three-dimensional culture model of the developing brain as a whole. The scientists also used the mini brains to model the development of a human neuronal disorder and identify its origin, thus opening up routes to long hoped-for model systems of the human brain.

Starting with established human embryonic stem cell lines and induced pluripotent stem (iPS) cells, the group identified growth conditions that aided the differentiation of the stem cells into several brain tissues. While using media for neuronal induction and differentiation, the group was able to avoid the use of patterning growth factor conditions, which are usually applied in order to generate specific cell identities from stem cells.

Dr Knoblich said that, "We modified an established approach to generate so-called neuroectoderm, a cell layer from which the nervous system derives. Fragments of this tissue were then maintained in a 3D-culture and embedded in droplets of a specific gel that provided a scaffold for complex tissue growth. In order to enhance nutrient absorption, we later transferred the gel droplets to a spinning bioreactor. Within three to four weeks defined brain regions were formed."

Already after 15-to-20 days, 'cerebral organoids' formed that consisted of continuous tissue (neuroepithelia) surrounding a fluid-filled cavity that was reminiscent of a cerebral ventricle. After 20-to-30 days, defined brain regions, including a cerebral cortex, retina, meninges as well as choroid plexus, developed. After two months, the mini brains reached a maximum size, but they could survive indefinitely (currently up to 10 months) in the spinning bioreactor. Further growth, however, was not achieved, most likely due to the lack of a circulation system and hence a lack of nutrients and oxygen at the core of the mini brains.