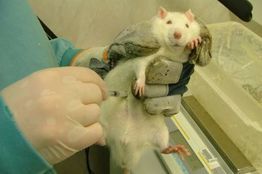 Singapore: A study conducted by AriSLA-the Italian Foundation for Research on Amyotrophic Lateral Sclerosis (ALS) has revealed that the sucess of stem cell transplant in mice may hold promise for people with amyotrophic lateral sclerosis (ALS), or Lou Gehrig's disease. In mid-2012, the Institute of Molecular Biology had found that mice in which Tardbp gene is inactivated in spinal cord motor neurons, exhibited development of ALS-related abnormalities.

"There have been remarkable strides in stem cell transplantation when it comes to other diseases, such as cancer and heart failure," said study author Dr Stefania Corti, University of Milan, Italy, and a member of the American Academy of Neurology. "ALS is a fatal, progressive, degenerative disease that currently has no cure. Stem cell transplants may represent a promising avenue for effective cell-based treatment for ALS and other neurodegenerative diseases."

For the study, mice with an animal model of ALS were injected with human neural stem cells taken from human induced pluripotent stem cells (iPSCs). These stem cells are adult cells such as skin cells that have been genetically reprogrammed to an embryonic stem cell-like state.

Neurons are a basic building block of the nervous system, which is affected by ALS. After injection, the stem cells migrated to the spinal cord of the mice, matured and multiplied.