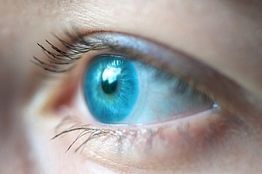 Singapore: Associate Professor Tiziano Barberi and Dr Isabella Mengarelli from the Australian Regenerative Medicine Institute at Monash University, Australia, have for the first time, derived and purified lens epithelium, which is the embryonic tissue from which the lens of the eye develops, in petri dishes in their lab. Published in Stem Cells Translational Medicine, the study was partly funded by the Australian Research Council.

The purity of the cells paves the way for future applications in regenerative medicine. The researchers caused the pluripotent stem cells precursor cells to differentiate further into lens cells, providing a platform to test new drugs on human tissue in the lab. Once the stem cells begun to differentiate, the challenge for researchers was to control the process and produce only the desired, specific cells.

Using a technology known as fluorescence activated cell sorting (FACS), Associate Professor Barberi and his team were able to identify the precise combination of protein markers expressed in the lens epithelium that enabled them to isolate those cells from the rest of the cultures. Most markers are common to more than one type of cell, making it challenging to determine the exact mix of markers unique to the desired cells.

Associate Professor Barberi said that, "The lens has, to some extent, the ability to heal well following surgical intervention. However, with congenital cataracts, the fault is wired into the DNA, so the lens will re-grow with the original impairment. This problem is particularly prevalent in developing countries."

"In the future, we will be able to take adult skin cells, for example, and turn back the clock to produce stem cells. From there, using processes like we have developed for lens epithelium, we will be able to produce diseased cells, an invaluable asset for medical research," Associate Professor Barberi said.