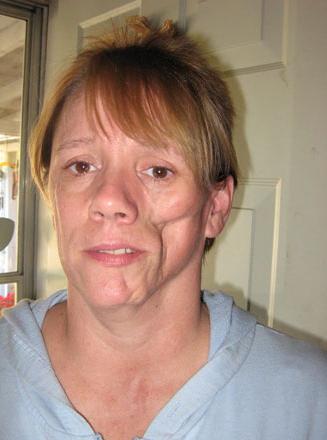 Parry-Romberg syndrome causes slow loss of control, followed by paralysis of the face, mouth and even eyes

The prognosis of the syndrome without treatment, is the slow loss of control, followed by paralysis of the face and in some cases the mouth and even eyes. Most patients with Parry-Romberg begin to experience these symptoms between the age of five and 15. No cure for the syndrome has been developed until date and the treatments usually involve waiting until the disease slows and then tranplanting fat into the patients' faces, strengthening bones in their faces, and using microvascular surgery to install a free flap of skin.However, the only solution for patients with this disorder and those with similar disorders, which is the grafting of fat, is at best a temporary solution that does not alleviate the pain felt by these patients and can in fact result in an increase in pain when fat grafts fail.

In what many have described as a revolutionary finding, the team found that those patients who received their own "adult" mesenchymal stem cells saw unprecedented improvement in the effectiveness of therapies. Fat grafts that are often "resorbed" into patients' skin shortly after they are placed were 50 percent less likely to disappear when provided alongside stem cells.

Dr Ra, said that, "We believe that this is a big step for Parry-Romberg Syndrome patients and expect to see autologous stem cell transplantation as standard of care for their treatment. The next step is to test the efficacy of the many ways in which stem cells from adults' own bodies will expand the quality of life and even identify cures for many rare diseases."