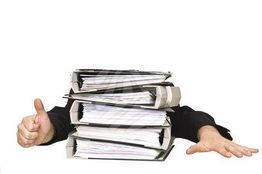 Singapore: US-based Osiris Therapeutics, which develops and markets stem cell products to treat serious medical conditions, has won a patent challenge in Australia by an opponent whose identity under the law was not disclosed. The patent at issue covers the administration of mesenchymal stem cells (MSCs), including Prochymal (remestemcel-L), for the treatment of inflammatory conditions involving the gastrointestinal tract, including Crohn's disease and ulcerative colitis.

Prochymal is the world's first approved drug with a stem cell as its active ingredient. Developed by Osiris Therapeutics, Prochymal is an intravenous formulation of MSCs, which are derived from the bone marrow of healthy adult donors between the ages of 18 and 30 years.

As acknowledged in the Australian Official Journal of Patents Supplement, all claims to the patent will be maintained in full. The claims specifically include the use of allogeneic MSCs, an attribute central to making an off-the-shelf MSC product possible.

In 2012, Prochymal, an intravenous formulation of MSCs, became the world's first stem cell drug to gain approval by an internationally recognized regulatory authority. Prochymal is also the first drug approved for acute graft versus host disease (GvHD) - a devastating complication of bone marrow transplantation that kills up to 80 percent of children affected, many within just weeks of diagnosis. Prochymal is now approved in Canada and New Zealand, and is currently available in seven other countries including the US under an Expanded Access Program.

The MSCs are selected from the bone marrow and grown in culture so that up to 10,000 doses of Prochymal can be produced from a single donor. Prochymal is truly an off-the-shelf stem cell product that is stored frozen at the point-of-care and infused through a simple intravenous line without the need to type or immunosuppress the recipient. Prochymal is currently in a phase III trial for refractory Crohn's disease and in a phase II trial for acute myocardial infarction.