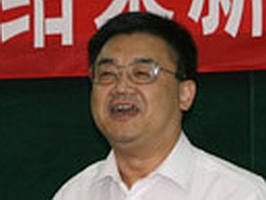 Singapore: Dr Rongxiang Xu, the founder of 'human body regenerative restoration science' and a renowned medical scientist, filed a lawsuit against the Nobel Assembly at Karolinska Institutet, Sweden (also known as Nobelforsamlingen). The Nobel Assembly at Karolinska Institutet is a body that awards the Nobel Prize in Physiology or Medicine. The suit filed in the Superior Court of the State of California, Orange County Central Justice Center, US, cites libel and unfair competition.

Dr Xu is one-of-the-leading scientists in the world, who in 1984 discovered the existence of regenerative cells. This was confirmed to be keratin-19 positive stem cell after 2000 (US patent 6991813B2) during his study of burn treatments, which has benefited over 20 million burn victims in 73 countries.

Dr Xu claimed that his good reputation in the community was defamed by the conduct and the statement published by the defendants (Nobel Assembly). The suit alleges that the Nobel Assembly has been successful in garnering media attention for their Nobel Prize announcements in essentially every major news organizations and publications world-wide, proving that they can affect the perception of an individual by misreporting information.

On October 8, 2012, the Nobel Prize in Physiology or Medicine 2012 was awarded jointly to Sir John B Gurdon and Dr Shinya Yamanaka "for the discovery that mature cells can be reprogramed to become pluripotent", which was covered extensively in the media.

In an abstract published on its website, made in conjunction with the selection, the Nobel Assembly said that the scientists' discovery "represents a paradigm shift in understanding of cellular differentiation and of the plasticity of the differentiated state." The abstract also claimed that, "together, Gurdon and Yamanaka have transformed our understanding of cellular differentiation. They have demonstrated that the usually very stable differentiated state can be unlocked because it harbours a potential for reversion to pluripotency. This discovery has introduced fundamentally new research areas, and offers exciting new opportunities to study disease mechanisms."

Dr Xu believes and alleges that the statements made by the Nobel Assembly are false, as he was the scientist who made the discovery a decade earlier, therefore defaming his exemplary reputation. The Nobel Assembly states that the scientists who won the Nobel Prize "have transformed our understanding of cellular differentiation" because "they have demonstrated that the usually very stable differentiated state can be unlocked because it harbours a potential for reversion to pluripotency."

"My main priority for filing this suit was to clarify the academy's mistaken and misleading statements for the preservation of humanity and future generations. Life science research should not desecrate the nature of human life," stated Dr Xu.

Those scientists did not demonstrate as such. It was ten years earlier that Dr Xu made that discovery, when he was able to explain how his discovery unlocked a somatic cell's potential to revert to pluripotent stem cell in situ.
The Nobel Assembly's use of the word "unlocked" compounds the falsity of the statement because it suggests that the scientists who won the Nobel Prize are harnessing an inherent ability of a somatic cell to revert to its pluripotent state through natural means that do not alter the cells integrity.

If the Nobel Prize scientists' findings consisted of leaving a somatic cell intact and unmodified, such as Dr Xu's finding, then the statement would have been true and accurate. However, the Nobel Prize scientists' discovery actually consists of the creation of an altered cell having nothing to do with human body pluripotent stem cell. The academy also falsely stated that "this discovery introduced fundamentally new research areas, and offers exciting new opportunities to study disease mechanisms", which is also inaccurate.

Dr Xu alleges that the statements made by the defendant has tainted and damaged his achievements in the scientific community, business, potential investors and his ability to continue to be selected as a top keynote speaker for several major international conferences.