The research will continue the development of a human neural stem cell product as a therapeutic treatment for HD. 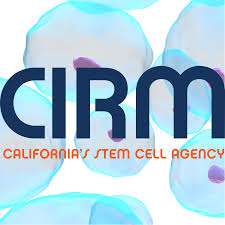 Huntington's disease (HD) is a devastating dominantly inherited neurodegenerative disease that strikes individuals in the prime of life, typically beginning between the ages of 35 and 50, although in severe cases it can begin in young adults and even children as young as age two. HD progresses over 15-20 years before eventually killing its victims. No treatment currently exists that can slow or prevent the unrelenting progression of this devastating disease.

The new CIRM-funded study will be led by Chancellor's Professor Leslie M. Thompson, PhD, from UCI's Sue and Bill Gross Stem Cell Research Center. The research will continue the development of a human neural stem cell product as a therapeutic treatment for HD. The ultimate goal of the two-year study is to achieve investigational new drug approval from the US FDA to begin first-in-human clinical trials in HD patients.

"Based on our pre-clinical studies in mice, human neural stem cells are highly beneficial, reducing the accumulation of a toxic form of the mutant Huntingtin protein and improving HD symptoms and impaired electrical currents in the brain," explained Thompson.

HD is caused by a mutation that creates an expansion of a repeating DNA unit (CAG repeat) within the HD gene (HTT); the length of the repeat expansion correlates with the age of onset and severity of the disease. HD leads to widespread neuronal dysfunction and death in multiple brain regions. Symptoms are unrelenting and progressive and include inability to control body movements, declining cognition leading to dementia, and a profound effect on an individual's psychiatric and emotional well-being and personality. Affected individuals eventually lose employment and ability to take care of a family, and usually die within 15-20 years of diagnosis.

"Currently, there are no FDA approved treatments available that alter onset or progression of HD. The treatment we are continuing to develop represents a potentially promising approach," said Thompson.