The study, funded by the National Institutes of Health, found myeloablative HSCT to be superior to treatment with the immune-suppressing drug cyclophosphamide 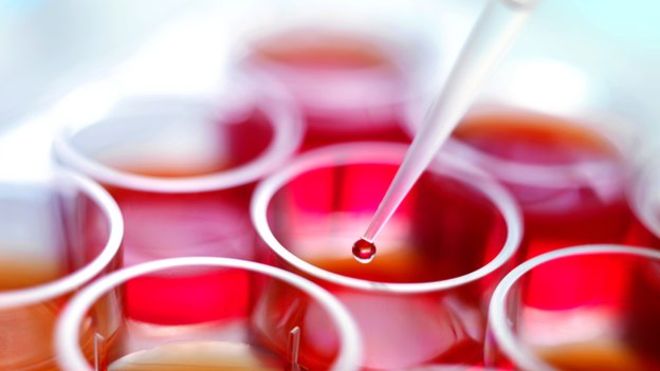 New clinical trial findings by National Institutes of Health show that a therapeutic regimen involving transplantation of a person’s own blood-forming stem cells can improve survival and quality of life for people with severe scleroderma, a life-threatening autoimmune disease.

The regimen, known as myeloablative autologous hematopoietic stem cell transplant (HSCT), includes chemotherapy and total body radiation to destroy the bone marrow followed by transplantation of the person’s own blood-forming stem cells to reconstitute the marrow and immune system.

The study, funded by the National Institutes of Health, found myeloablative HSCT to be superior to treatment with the immune-suppressing drug cyclophosphamide.

Scleroderma is characterized by hardening of the skin and connective tissues. Diffuse systemic sclerosis is a severe, often fatal form of the disease that also involves the internal organs. Treatment options are limited.

People with the disease may take antirheumatic drugs and immune-suppressing drugs like cyclophosphamide to help manage symptoms, but none of these medications has been proven to provide long-term benefit.

The clinical trial, called Scleroderma: Cyclophosphamide or Transplantation (SCOT), compared the safety and potential benefits of the two treatment regimens among 75 people with diffuse systemic sclerosis who had lung or kidney involvement.

“We need effective therapies for scleroderma and other severe autoimmune diseases, which can be not only debilitating to the patient but also difficult to treat,” said Anthony S. Fauci, M.D., director of NIH’s National Institute of Allergy and Infectious Diseases (NIAID), which sponsored the study. “These results add to the growing evidence that stem cell transplants should be considered as a potential treatment option for people with poor-prognosis scleroderma.”

Two previous clinical trials suggested HSCT benefited people with severe scleroderma. Participants in these earlier trials received non-myeloablative HSCT, a less intensive procedure using lower doses of chemotherapy that does not completely destroy the bone marrow. However, neither trial changed clinical practice in the United States, in part because of concerns about the durability of responses to treatment and the safety of these transplant regimens.

The SCOT trial assessed a myeloablative transplant regimen, which researchers thought might offer better long-term outcomes. Investigators followed the participants for up to six years to assess safety and durability of remission.

The study investigators used an analytic approach based on a hierarchy of clinical outcomes specific for severe systemic sclerosis to compare every participant in the study with every other participant. These outcomes included death, survival without scleroderma-related organ damage, progression of lung and skin disease, and quality of life. At four and a half years of follow up, participants who received a transplant experienced significantly better outcomes overall than those who received cyclophosphamide. In addition, 44 percent of participants who received cyclophosphamide had begun taking antirheumatic drugs for progression of their scleroderma, compared to only 9 percent of those who received a transplant.

Our findings indicate that undergoing stem cell transplantation for severe scleroderma poses more short-term risks but offers greater long-term gains than cyclophosphamide treatment,” said Keith M. Sullivan, M.D., of Duke University, Durham, North Carolina, who served as a principal investigator of the SCOT study. “While treatment decisions should always be made on an individual basis, we hope that our work will help define a new standard of care for this severe, life-threatening autoimmune disease.”

The investigators are continuing to follow many of the SCOT participants to further assess their long-term health outcomes.