Unique collaboration between Shriners Hospitals for Children - Canada, CHU Sainte-Justine and McGill University leads to a publication in The American Journal of Human Genetics. 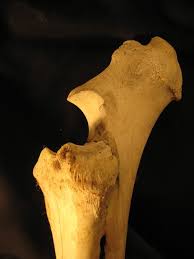 Singapore- "Mutations in fibronectin cause a subtype of spondylometaphyseal dysplasia with 'corner fractures'" is the title of the article that appears online on the website of The American Journal of Human Genetics and some time later in its printed version.

The adventure began when Amaya's pediatrician observed that in addition to an abnormal thigh fold, the infant's hips were not quite aligned. Amaya was referred to Shriners Hospitals for Children – Canada. Reggie Hamdy, M.D., the hospital's chief physician, then conducted extensive examinations, identifying Amaya's hip deformity and scoliosis. The Shriners team suspected a genetic cause and referred Amaya to Philippe Campeau, M.D., a geneticist specialized in bone diseases, who works at both Canada Shriners Hospitals and CHU Sainte-Justine, to perform genetic tests and ultimately identify the faulty molecular mechanism.

The publication of these two teams' research results in The American Journal of Human Genetics is important for the following reasons. In addition to discovery and scientific advancement, it concerns a genetic disease that, though rare, is a risk for recurrence in future generations. Knowing that Amaya and other affected individuals might one day want to have children makes identifying the responsible gene important. For now, twelve families around the world are identified with this disease. In the years to come there will certainly be many more families recognized, guided by the publication of the findings of Drs. Campeau and Reinhardt. Knowing the affected gene, it is now possible to understand how the mutation leads to the disease and how to eventually arrive at the therapeutic stage within a few years. Dr. Campeau's student, Nissan Baratang, is working on developing experimental models of this disease with that idea in mind. This discovery will also have broader spin-off effects beyond SMD and understanding the role of fibronectin in cartilage: Dr. Campeau and Dr. Reinhardt, in collaboration with Dr. Florina Moldovan of CHUSJ, and Stefan Parent, orthopedic surgeon at CHUSJ and Shriners Hospitals for Children – Canada, have also found mutations in fibronectin in families with another more common bone-related disorder.