Teijin, Versartis partner for commercialization of Somavaratan in Japan

Teijin, Versartis partner for commercialization of Somavaratan in Japan 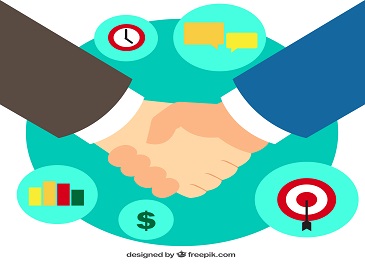 Singapore: Teijin Limited and Versartis, Inc. has announced that the companies and their wholly owned subsidiaries have entered into an exclusive license and supply agreement for the development and commercialization of somavaratan (VRS-317) in Japan.

Versartis, an endocrine-focused biopharmaceutical company, has been developing somavaratan, a novel, long-acting form of rhGH, for pediatric and adult growth hormone deficiency (GHD) in Japan. Teijin Pharma Limited, the core company of the Teijin Group's medical and pharmaceutical business, markets a variety of pharmaceutical products throughout Japan, including in the areas of metabolic and endocrine disease.

"We believe somavaratan (VRS-317) will provide a significant therapeutic benefit to Japanese patients with its twice-monthly regimen. We are excited that we can contribute to enhancing the quality of life of patients with Growth Hormone Deficiency by adding this innovative product to our lineup," said Hiroshi Uno, Senior Executive Officer, Member of the Board of Teijin Limited and President of Teijin Pharma Limited."

"We have been very focused in this process and are extremely pleased to be establishing an alliance with Teijin Pharma, who has an established track record of very successfully leading new drugs through approval and commercialization within Japan. They are enthusiastic about the addition of somavaratan to their existing portfolio of metabolic and endocrine products and are well positioned to maximize its commercial potential in Japan, which currently represents more than 20% of the global market for daily rhGH," said Jay Shepard, Chief Executive Officer of Versartis. "As our first product partnership, this agreement represents a landmark in our corporate history. Teijin recognizes the strength of the somavaratan product profile and the significant potential it has to impact the lives of patients with GHD. We are fully focused on executing our clinical trial strategy and preparing for potential regulatory filings in the U.S. and beyond. The upfront and potential near-term milestone payments in this agreement further strengthen our financial resources to do so."

Somavaratan is currently the longest acting growth hormone product in development, with a twice-monthly dosing schedule being evaluated in clinical trials, and may be the first long-acting entrant to the Japanese market. In pediatric GHD, the J14VR5 Phase 2/3 trial of somavaratan is underway in Japan and the Phase 3 VELOCITY trial in the U.S., Canada and Europe is expected to complete enrollment in mid-August 2016, with data anticipated in Q3 2017. In adult GHD, the Phase 2 VITAL trial in the U.S., Europe and Australia has completed enrollment and initial top-line data are expected during the second half of 2016.

Under the terms of the agreement, Teijin will receive an exclusive license to commercialize and further develop somavaratan long acting growth hormone in Japan, while Versartis retains exclusive rights to somavaratan in the rest of the world. Versartis GmbH, a subsidiary of Versartis, Inc., will receive an upfront payment of $40 million and is eligible to receive up to $125 million in milestone payments, as follows: development milestone of $35 million, regulatory milestones up to $55 million and sales milestones up to $35 million.

Versartis GmbH will be the exclusive manufacturer and supplier of somavaratan to Teijin. In exchange, it will receive a combination of a running royalty and transfer pricing based upon net sales of the product in Japan.

Versartis will be responsible for completing and funding the J14VR5 Phase 2/3 trial of somavaratan in pediatric GHD already underway in Japan, as well as the ongoing pediatric VELOCITY and adult VITAL trials outside of Japan.