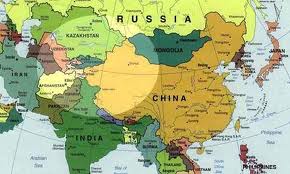 Leukaemia is characterized by the accumulation of cancer cells originating from blood cells, in the blood or bone marrow

The newly identified mode of cancer cell recognition by the immune system opens up new possibilities for leukaemia immunotherapy.

Leukaemia is characterized by the accumulation of cancer cells originating from blood cells, in the blood or bone marrow. Current treatments for leukaemia largely involve chemotherapy to eradicate all cancer cells, followed by stem cell transplants to restore healthy blood cells in the patients.

Researchers believe that since only proteins in cancer cells have been known to activate T cells, this study could be pioneer in its discovery of mLPA, and the specific T cells which can identify lipids expressed by cancer cells. Unlike proteins, lipids in cancer cells do not differ between individuals, indicating that the recognition of mLPA by mLPA-specific T-cells happens in all leukaemia patients. This new mode of cancer cell recognition suggests that the T-cells can potentially be harnessed for a leukaemia immunotherapy that is effective in all patients.

"The identification of mLPA and its role in activating specific T cells is novel. This knowledge not only sheds light on future leukaemia studies, but also complements ongoing leukaemia immunotherapy studies focusing on proteins in cancer cells," said Dr Lucia Mori, principal investigator at SIgN. "Current treatments run the risk of failure due to re-growth of residual leukaemia cells that survive after stem cell transplants. T-cell immunotherapy may serve as a complementary treatment for more effective and safer therapeutic approach towards leukaemia."

Professor Laurent Renia, acting executive director of SIgN, said, "At SIgN, we study how the human immune system protects us naturally from infections. We engage in promising disease-specific research projects that ultimately pave the way for the development of treatments and drugs which can better combat these diseases. A pertinent example will be this study; this mode of immune recognition of leukaemia cells is an insightful discovery that will create new opportunities for immunotherapy to improve the lives of leukaemia patients."