Polyplus, a leading upstream solutions provider for advanced biologic and cell and gene therapy production from research to commercial grade, continues to build out the mRNA support portfolio. The team has launched in vivo-jetRNA®+ transfection reagent for in vivo mRNA delivery using a preformed liposome. 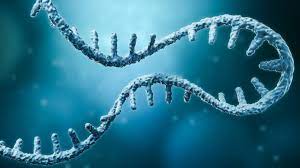 The new in vivo-jetRNA®+ transfection reagent an efficient, stable, and safe delivery system leading to 100% mRNA encapsulation for comparable LNP delivery. The ready-to-use format eliminates formulation steps, and the stable liposome size allows for low to high mRNA concentration over time. Applications include prophylactic vaccines, mRNA therapeutics (cancer therapy, rare disease, etc.) and gene editing. A unique feature is the ability to target multiple organs via systemic injection routes in various models with no limitation to liver only.

“Polyplus is known for in vivo delivery expertise, and we have continued to grow this foundational portfolio guided by the voice of the market. In 2007, we launched GMP grade in vivo-jetPEI® reagent,” said Mario Philips, CEO at Polyplus. “In vivo-jetRNA® transfection reagents were then launched in 2019 in ready-to-use and customizable injectable formats for vaccine developers, anti-cancer research, and in vivo functional studies. Now in vivo-jetRNA®+ transfection reagents are being launched to further support the growing demand of mRNA developers.”

Polyplus continues to evolve an upstream solutions portfolio of transfection reagents and DNA vector design services for flexible, reliable, and scalable commercialization support. Come and meet the team around the globe in booth 215 at Cell & Gene Therapy Manufacturing (co-hosted with BPI 2022) during Biotech Week in Boston, MA from 27 to 30 September; in Edinburgh, UK from 11 to 14 October in ESGCT booth 9; and at the Cell & Gene Meeting on the Mesa from 11 to 13 October in Carlsbad, CA.