IBI301 is a recombinant human-mouse chimeric anti-cell surface protein (anti-CD20) monoclonal antibody for injection co-developed by Lilly and Innovent for the treatment of non-Hodgkin's lymphoma (NHL) and other diseases. 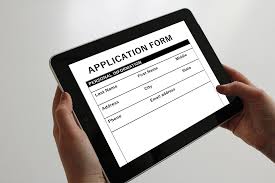 IBI301 is a recombinant human-mouse chimeric anti-cell surface protein (anti-CD20) monoclonal antibody for injection co-developed by Lilly and Innovent for the treatment of non-Hodgkin's lymphoma (NHL) and other diseases. Rituximab was first approved by the U.S. Food and Drug Administration (FDA) for the treatment of NHL in November 1997, followed by approvals in chronic lymphocytic leukemia (CCL), rheumatoid arthritis (RA), and other disease indications. Branded rituximab has been well-recognized for its proven efficacy and safety profile. Despite the high unmet demand for effective cancer therapies in China, the adoption rate of rituximab is relatively low due to low affordability. The biosimilar product candidate of rituximab, IBI301, is expected to offer a high-quality and affordable alternative to patients in China.

"Two clinical studies have been conducted with rituximab injection as the control arm. Based on the high-quality clinical data, the NDA of IBI301 has been accepted by NMPA. We believe that the high-quality rituximab biosimilar will improve drug availability and benefit more patients and their families," said Professor Lugui Qiu from Blood Diseases Hospital, Chinese Academy of Medical Sciences.

"The Phase 3 study comparing IBI301 with rituximab when each is used in combination with standard chemotherapy (CHOP) in patients with DLBCL shows an objective response rate (ORR) and safety profile consistent with that of branded rituximab, which suggests biosimilarity between IBI301 and rituximab injection. We hope that the drug can be launched soon to benefit more lymphoma patients," said Professor Jun Zhu, Beijing Cancer Hospital.

Dr. Li Wang, Senior Vice-President of Lilly China and Head of Lilly China Drug Development and Medical Affairs, commented, "The NDA of IBI301 represents another millstone of strategic cooperation between Lilly and Innovent. We hope that IBI301 can be approved soon in order to offer an affordable treatment option for lymphoma patients in China."

"At present, we have fourteen assets in clinical research stage, four products in phase 3 clinical trials, and one, Tyvyt (sintilimab injection), is now successful approved and launched on the market. IBI301 is the fourth NDA filing Innovent has submitted to NMPA. We are excited about reaching this important milestone and hope to bring the high-quality drug to more patients. We'll strive to deliver high-quality biopharmaceutical drugs from our rich pipeline to benefit more and more ordinary people," said Dr. Hui Zhou, Vice President and Head of Oncology Strategy and Medical Sciences of Innovent.

Malignant lymphoma is one of the most common hematological malignancies in China. It is one of the top ten malignant tumors with high morbidity and mortality. In recent years, the incidence of malignant lymphoma has been rising. According to histopathology, lymphoma can be divided into Hodgkin's lymphoma (HL) and non-Hodgkin's lymphoma (NHL), of which NHL accounts for the majority. NHL is a general term for a series of related but different lymphoid malignant tumors. Most (80-85%) originates from B cells. The rest originates from T cells or an undetermined cell type. More than 95% of B-cell non-Hodgkin's lymphoma cells express CD20. The incidence of NHL increases with age. The most common type of NHL in China is diffuse large B-cell lymphoma (DLBCL), accounting for 40-50% (about 30-40% in Western countries). DLBCL is a moderately malignant to highly malignant invasive lymphoma that progresses rapidly and leads to the death of patients within a few months without treatment. The clinical efficacy and safety of rituximab in CD20-positive non-Hodgkin's lymphoma have been confirmed in several large-scale clinical trials.

IBI301 is a biosimilar of rituximab, a recombinant human-mouse chimeric anti-CD20 monoclonal antibody for injection co-developed by the Group and Eli Lilly and Company. Rituximab is a monoclonal antibody which binds to CD20 antigen on the surface of B lymphocytes and mediates complement-dependent cytotoxicity ("CDC") and antibody-dependent cellular cytotoxicity ("ADCC"). The normal and malignant B cells in the mediator dissolve, thereby achieving an anti-tumor therapeutic effect.

Inspired by the spirit of "Start with Integrity, Succeed through Action," Innovent's mission is to develop and commercialize high quality biopharmaceutical products that are affordable to ordinary people. Established in 2011, Innovent is committed to developing, manufacturing and commercializing high quality innovative medicines for the treatment of oncology, autoimmunity and other major diseases. On October 31, 2018, Innovent was listed on the Main Board of the Stock Exchange of Hong Kong Limited with the stock code: 01801.HK.

Since it was founded, Innovent has developed a fully-integrated platform which includes R&D, CMC (Chemistry, Manufacturing, and Controls), clinical development and commercialization capabilities. Leveraging the platform, the company has built up a robust pipeline of 20 innovative assets in the fields of oncology, ophthalmology, autoimmunity, and cardiovascular diseases.  Fourteen assets have entered into clinical development, four have entered Phase 3 clinical trials, three monoclonal antibodies have their New Drug Application (NDA) under review and two of them have been granted with priority review status, and one, Tyvyt (sintilimab injection), is now approved for relapsed or refractory classical Hodgkin's lymphoma (r/r cHL).

Innovent has built an international team of advanced talents in high-end biological drug development and commercialization, including many overseas experts. The company has also entered into strategic collaborations with Eli Lilly and Company, Adimab, Incyte, Hanmi and other international pharmaceutical companies. Innovent strives to work with all relevant parties to help advance China's biopharmaceutical industry, improve drug availability to ordinary people and enhance the quality of the patients' lives.