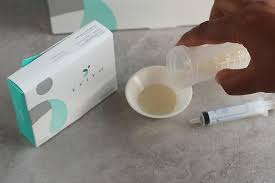 The introduction of Evivo into these markets fulfills a major goal of the Bill & Melinda Gates Foundation and Horizons Ventures, the investment arm of the Li Ka Shing Foundation. These two world-renowned public-health organizations led Evolve's most recent round of funding based on the company's science, which has shown that B. infantis reduces the abundance of pathogens, such as Clostridium and E. coli, that have been associated with autoimmune conditions common in developed nations, including asthma, allergies, colic, eczema and type-1 diabetes.

Evivo is intended specifically for newborns, and provides a crucial strain of Bifidobacterium that was historically present in the infant gut, but has nearly been eliminated over the past century. When Evivo is consumed in combination with breast milk, the B. infantis crowds out pathogens.

B. infantis will also be playing a major role in the health of livestock in Asia. The Li Ka Shing Foundation is funding a joint Evolve-Zhejiang University study that will assess whether the company's product GlycoGuard, which introduces B. infantisinto the microbiomes of livestock, could potentially replace antibiotic usage in pigs, thereby drastically reducing incidence of associated antibiotic-resistant bacteria.

In this planned study of 4,000 pigs, Evolve and Zhejiang University seek to uncover how to use probiotics to reduce the region's porcine mortality rate and aid weight gain, for which pork farmers currently turn to antibiotics to achieve.