International study develops innovative method to discover new anti-epileptic drug in record time, with potential to do the same for other diseases. 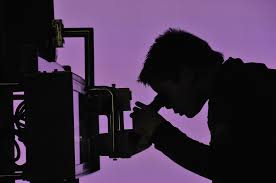 Singapore - An international collaboration between Imperial College London, Singapore’s Duke-NUS Medical School and Belgium-based pharmaceutical company UCB led to the discovery of a new anti-epileptic drug target and a whole new approach that promises to speed up the discovery of future drugs to treat debilitating diseases, such as epilepsy.

Led by Prof. Michael Johnson, Division of Brain Sciences, Imperial College London, UK; A/Prof. Enrico Petretto, Centre for Computational Biology, Duke-NUS Medical School; and Dr. Rafal Kaminski, UCB, Belgium, this collaboration developed an advanced computational approach to predict new drug targets. As proof-of-concept, the investigators applied their computational approach to epilepsy resulting in the discovery of a new drug target for the disease that was experimentally confirmed by showing that pharmacological blockade of the target had anti-seizure effects in pre-clinical models.

“The identification of drug targets is highly challenging, particularly for diseases of the brain,” Prof. Johnson explained. “With our approach – which we named the ‘Causal Reasoning Analytical Framework for Target discovery,’ or CRAFT – we discovered and validated a potential new anti-epileptic drug in less than two years. This international collaborative study is an example of a successful academia-industry partnership, resulting not only in the discovery of a new drug candidate, but also in an innovation with the promise to transform medicine and improve lives by speeding up the identification of new drug targets across the spectrum of human disease.”

CRAFT draws on genomic ‘big data’ and applies a systems-level computational framework to drug target discovery that combines gene regulatory information with causal reasoning. Starting from gene expression data from the target tissue, CRAFT’s predictive framework identifies cell membrane receptors that play a regulatory role in disease-related gene expression. This enables researchers to understand the mechanism of action of a disease, and computationally predict the effectiveness of a potential drug target.

Epilepsy is a debilitating brain disease for which there is a global unmet need – approximately one in three epilepsy patients are resistant to all currently available antiepileptic drugs and none of the current drugs are disease modifying or curative. Conventional drug development methods, particularly for diseases of the central nervous system, suffers from a high rate of attrition due to inadequate drug target validation in the early stages of discovery.

The partnership between academia and industry was pivotal for this discovery.