The new blood test detects the autoantibodies produced in the body in response to the melanoma. 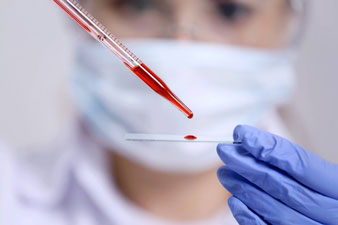 Scientists at the Edith Cowan University (ECU), Australia, have developed a blood test to detect melanoma in its early stages.

The blood test trial was carried out on 105 people with melanoma and a control group of 104 healthy individuals. The test detected early-stage melanoma in 79 per cent of cases.

Melanoma is currently identified through a visual scan of an affected skin area and then a biopsy is conducted on the area. But these biopsies are invasive and costly, with previous research showing that the Australian health system spends $201 million on melanoma each year with an additional $73 million on negative biopsies.

The new blood test detects the autoantibodies produced in the body in response to the melanoma. This test would serve as a tool to detect melanoma in its early stages before it spreads throughout the body.