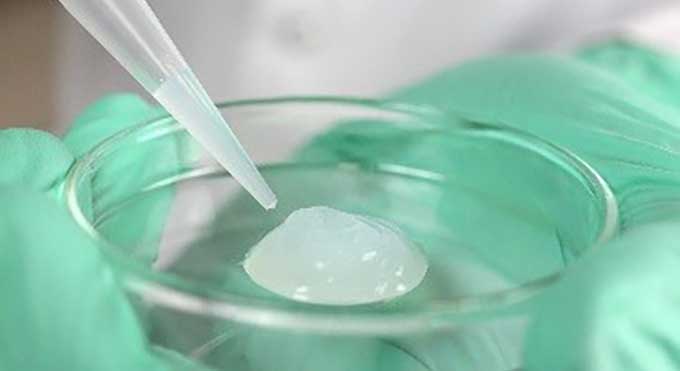 A team of scientists at King Abdullah University of Science and Technology (KAUST), Saudi Arabia has designed electrically conductive hydrogel that takes stretchability, self-healing and strain sensitivity to new limits.

The material is a composite of the water-containing hydrogel and a metal-carbide compound known as MXene. As well as being able to stretch by more than 3400 percent, the material can quickly return to its original form and will adhere to many surfaces, including skin. When cut into pieces, it can quickly mend itself upon reattachment.

According to the scientists, strips of the material attached to the throat have impressive abilities to convert speech into electronic signals. This might allow people with speech difficulties to be clearly heard.

Extremely useful medical possibilities include flexible wound coverings that can release drugs to promote healing. These could be applied internally, on diseased organs, in addition to adhering externally to skin. The team also envisions developing a smart material that could monitor the volume and shape of an organ and vary drug release according to signals produced.