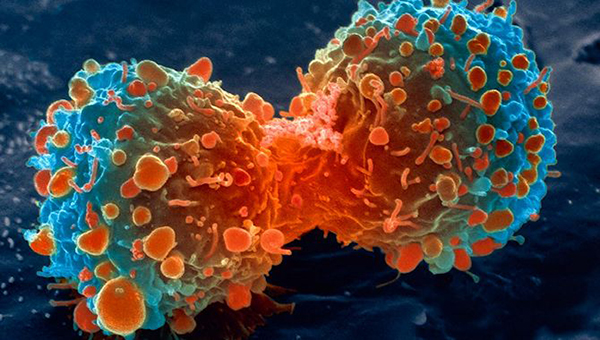 When a tumour is detected in the body, white blood cells known as Tumour-Infiltrating Lymphocytes (TILs) typically leave the bloodstream and migrate into the tumour, as part of the body’s immune response to the abnormal growth of tissue. A key finding from this study was that not all immune cells (the TILs) present in tumours play a role in fighting cancer, and a method was discovered about how to differentiate them.

The research team found that the expression of a biomarker - CD39, an enzyme typically located on cell surfaces - could be a way to accurately identify tumour-specific immune cells that help to fight the tumour. This means that measurements of CD39 expression in a patient’s TILs could be used to determine if that patient will respond well to immunotherapy treatments, and potentially lead to better ways of diagnosing and treating cancer in the future.

To arrive at this conclusion, researchers sought to understand how TILs help the body fight cancer. To do that, they studied how TILs recognise and target tumour cells, and found that TILs can be specific for tumour cells but can also be specific for antigens unrelated to cancer, such as the Influenza virus. As the latter type of TILs are not cancer-specific and do not act at a tumour site, they are classified as “bystander” cells. By comparing tumour-specific TILs with bystander TILs, the researchers observed that tumour-specific TILs expressed the marker CD39, but not bystander TILs. These results suggest that CD39 could be a distinctive marker of tumour-specific T cells in tumours.

To confirm the finding, the researchers further studied the TILs which expressed CD39, and found that patients whose TILs expressed low frequencies of CD39 had a relatively low response rate to cancer therapies such as checkpoint blockade immunotherapy.

“While further research is needed to determine the extent to which we can utilise this, our research suggests that CD39 could be useful as a marker of tumour-specific TILs,” said Dr Evan Newell, Principal Investigator at A*STAR’s SIgN and lead author of the paper. “This discovery is particularly exciting because the results could have many implications that can potentially help to speed the development and efficacy of cancer immunotherapy strategies.”