This discovery represents the first report of a host protein that is specifically involved in EV71 infection of the brain and could pave the way for the development of specific treatments for serious neurological complications arising from Hand, Foot and Mouth Disease. 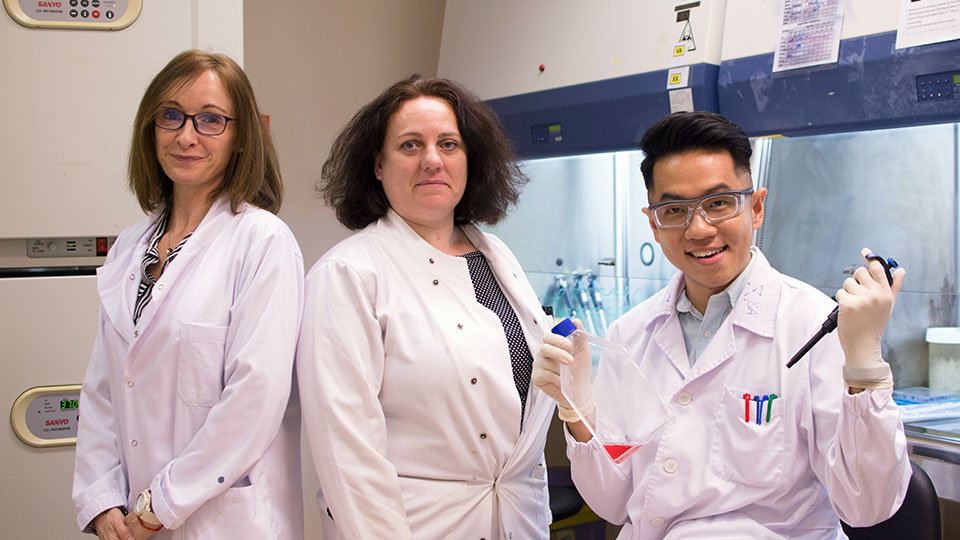 Singapore- Infection with enterovirus 71 (EV71) causes hand, foot and mouth disease, a highly contagious disease that usually affects children younger than five years of age. In most cases, the disease manifests in a relatively mild manner, as fever, skin rashes and mouth ulcers. However, in a small proportion of patients, the virus infects the brain and can potentially cause fatal conditions such as pulmonary edema (a condition that sees fluid building up in the lungs) and brainstem encephalitis (inflammation of the brain). If the patients survive the infection, they may still experience longer term effects, including cognitive impairment.

The mechanisms by which EV71 infects and replicates in the brain are not well known and have been the subject of active research. Now, a study published in the prestigious microbiology journal PLOS Pathogens is the first to identify a host protein, prohibitin (PHB) that is used by EV71 to attack and infect the brain. The authors, led by Associate Professor Sylvie Alonso from the Department of Microbiology and Immunology at the NUS Yong Loo Lin School of Medicine, focused on PHB out of a panel of proteins that were identified as playing roles during EV71 infection of neuronal cells. PHB, which is found both on the surface of and inside our cells, is involved in many cellular processes and has been implicated in cancer development in other research initiatives.

Using a variety of experimental approaches, the team demonstrated that PHB is being used by the virus not only to invade the neuronal cells, but also to multiply inside them. Additionally, the researchers also showed that a cancer drug (Rocaglamide A) known to inhibit PHB could also be employed to curb EV71 infection in neuronal cells, and thus protect the brain.

This discovery represents the first report of a host protein that is specifically involved in EV71 infection of the brain and could pave the way for the development of specific treatments for serious neurological complications arising from Hand, Foot and Mouth Disease. Said A/Prof Alonso, “The identification of this protein opens up the possibility now to focus on drug development, since we have shown that targeting this protein allows us to fight the virus. We hope that as we accumulate more and more knowledge on this virus, pharmaceutical companies will decide to include EV71 in their R&D portfolio to support the research efforts led by academic institutions”.