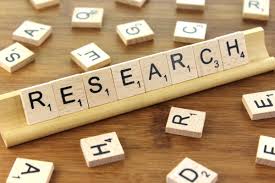 Singapore - Scientists have taken a significant step forward in efforts to harness our own white blood cells to fight deadly cancers. A pilot study, funded by Montefiore Einstein Center for Cancer Care, in partnership with New York Blood Center (NYBC), has successfully demonstrated that white blood cells can be removed, genetically modified and reinserted into cancer patients. This holds potential to fight cancers that standard therapy has failed to treat. The next step is to duplicate this finding in multiple patients.

Montefiore holds the investigational new drug application from the FDA to test the safety and feasibility of the therapy. Working with the National Cancer Institute-designated Albert Einstein Cancer Center, the trial kicked off this summer.

The goal of the pilot study is to enroll five patients and confirm the feasibility, and safety of the therapy for solid tumors, such as breast cancer, sarcomas and lung cancer.

Once newly engineered cells are created in the NYBC, patients' bodies will be prepared for a cell transfusion. This will include one week of chemotherapy at Montefiore to wipe out many of the remaining white blood cells. The clean slate allows the new and improved cells, which are delivered through an IV-bag in 20 minutes, to become the first in line to attack the cancer. Immunotherapy is also given to make the re-engineered cells even stronger.

"We are optimistic that this therapy could become a viable option for people with cancer who are running out of options," says principal investigator Ira Braunschweig, M.D., director, Stem Cell Transplantation and clinical program director, Hematologic Malignancies, Montefiore Einstein Center for Cancer Care, Associate Professor, Department of Medicine, Einstein.

This scientific development builds off the research of Dr. Steven Rosenberg of the National Cancer Institute.