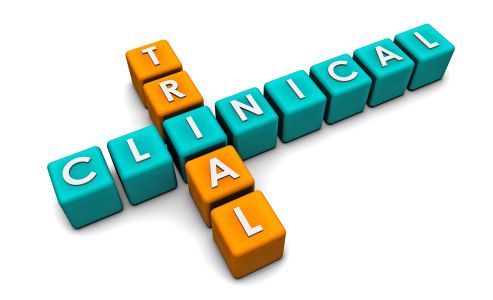 Singapore: The TRILOGY ACS study, a phase III trial comparing prasugrel plus aspirin to clopidogrel plus aspirin in patients with unstable angina (UA) or non-ST elevation myocardial infarction taken up Eli Lilly and Daiichi Sankyo, did not meet the primary endpoint of showing superiority of prasugrel (Effient) over clopidogrel. The patients were managed medically without an artery-opening procedure.

The TRILOGY ACS study was conducted by Daiichi Sankyo and Eli Lilly in conjunction with the Duke Clinical Research Institute, one of the world's leading academic clinical research organizations and a part of Duke University Medical Center in Durham, North Carolina, US.

At 30 months, 13.9 percent of prasugrel patients versus 16 percent of clopidogrel patients experienced the combined primary endpoint of heart attack, stroke or cardiovascular death in patients under 75 years of age, which was the primary analysis population.

Different from other large-scale trials, TRILOGY ACS (TaRgeted platelet Inhibition to cLarify the Optimal strateGy to medicallY manage Acute Coronary Syndromes) prospectively studied only the UA/NSTEMI population medically managed without revascularization (percutaneous coronary intervention (PCI) or coronary artery bypass graft (CABG) surgery). Results of the study were published in the New England Journal of Medicine and also presented during a late-breaking session at the ESC Congress 2012 (European Society of Cardiology) in Munich, Germany.

"TRILOGY ACS was designed to evaluate dual oral antiplatelet therapy in UA/NSTEMI patients who are managed medically without revascularization," said Dr E Magnus Ohman, Duke Clinical Research Institute and chairperson of the TRILOGY ACS trial. "While the study did not demonstrate prasugrel was superior to clopidogrel in these patients, TRILOGY ACS provided some additional observations in this previously understudied population. The delayed treatment effect beyond 12 months observed in TRILOGY ACS had not been seen in earlier studies of shorter duration."

"Large-scale clinical trials in understudied populations, such as TRILOGY ACS, are important regardless of the result because they generate a sizeable amount of information for the medical community," said Dr J Anthony Ware, group vice president and cardiovascular/acute care platform leader, Eli Lilly. "We look forward to presenting additional data from the platelet function sub-study, analyses of the elderly population data, as well as genomics information in future peer-reviewed forums."

"While this is not the outcome we anticipated, we believe this study contributes to the knowledge base about ACS patients who are medically managed," said Dr Glenn Gormley, global head of research & development and senior executive officer, Daiichi Sankyo. "The group of patients in the TRILOGY ACS trial is different from those who participated in the prior TRITON-TIMI 38 trial, where almost all ACS patients underwent percutaneous intervention."