According to GBI Research, the growth will primarily be driven by the emergence of novel therapeutics 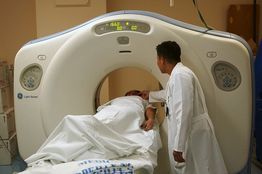 Singapore: The treatment market for multiple myeloma across the Asia-Pacific (APAC) countries of China, India, Japan, and Australia will rise in value from USD1.7 billion in 2014 to USD2.8 billion by 2021, representing a compound annual growth rate (CAGR) of 7.4 percent, according to business intelligence provider GBI Research.

According to the company's report, the growth will primarily be driven by the emergence of novel therapeutics that have significantly improved clinical outcomes across all stages of the disease, as well as the lack of generic competition in China, Japan and Australia.

Ms Allavarapu explained, "The only leading brand that faces imminent generic challenge is the proteasome inhibitor Velcade, the patent of which is expected to expire in China, Japan and Australia in 2015, 2018 and 2020, respectively. Generic versions of Velcade are already available in India. Furthermore, there are now several options in the relapsed or refractory disease setting, which will also contribute to growth in the APAC multiple myeloma therapeutics market by 2021. These drugs include Pomalyst, which was approved in Australia and Japan in 2013, and Farydak, which was approved in Japan earlier this year."

During the forecast period, these existing treatments for multiple myeloma will be supplemented by new drugs, many of which will be used in combination with the leading brands.