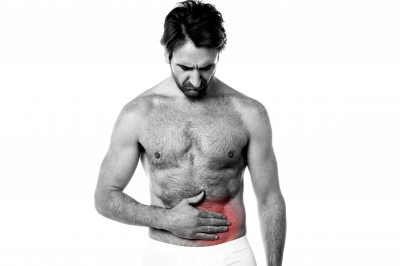 IBS-C is estimated to affect at least 13 million adults in China, causing hallmark symptoms such as abdominal pain and constipation

Singapore: Ironwood Pharmaceuticals and AstraZeneca Pharmaceuticals have announced the initiation of a phase III clinical trial of linaclotide in China for the treatment of adults with irritable bowel syndrome with constipation (IBS-C).

"IBS-C is estimated to affect at least 13 million adults in China, causing hallmark symptoms such as abdominal pain and constipation. If approved in China, linaclotide could be the first prescription treatment specifically for IBS-C and could then help address an unmet need for millions of suffering patients," said Mr David Snow, president, AstraZeneca China in a press statement.

The double-blind, randomized, placebo-controlled phase III clinical trial is expected to enroll approximately 800 adults with IBS-C in China, Australia and New Zealand. The design of the trial is similar to the 12-week phase III IBS-C trial that supported linaclotide regulatory approval in the United States and European Union. Patients will be randomized 1:1 to receive either 290mcg of linaclotide or placebo for 12 weeks.

Both the companies anticipate the availability of top-line data in the first half of 2015 and, if approved by the China Food and Drug Administration (CFDA), anticipate that linaclotide could be commercialized in China in 2017.

"Linaclotide is approved in the US and in the European Union, and the initiation of this Phase III trial is a critical step along the regulatory pathway to support approval in China. We continue to make strides toward our goal of bringing linaclotide to appropriate adult patients around the world, and we look forward to continuing to collaborate with AstraZeneca to serve the unmet needs of patients in China," said Mark Currie, senior vice president, chief scientific officer, and president of research and development at Ironwood.

Under the terms of the collaboration, AstraZeneca made an upfront payment of $25 million to Ironwood, and the two companies will share the net profits and losses associated with linaclotide in China, with AstraZeneca carrying 55 percent of each until a certain specified milestone is achieved, moving to a 50/50 split thereafter, the statement said.

Ironwood is also eligible for $125 million in additional commercial milestone payments contingent on the achievement of certain sales targets.