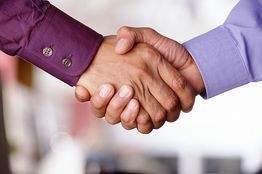 Singapore: US-based Edison Pharmaceuticals has entered into a strategic alliance valued up to $4.295 billion with Japan's Dainippon Sumitomo Pharma (DSP) for the development of drugs targeting cellular energy metabolism.

Under the terms of the agreement, DSP will gain select development and commercialization rights in Japan and North America to jointly discovered drugs in exchange for $10 million upfront and $40 million payment in R&D support. In addition, DSP will fully fund the development of 10 new jointly discovered drugs through IND filing and broaden its rights to EPI-589, currently in phase 1B, to include North America.

In exchange, Edison will be eligible to receive in total between $30 million and $105 million per indication associated with successful development of EPI-589 in North America; between $10 million and $30 million per indication in development milestones associated with successful development of jointly discovered compounds in Japan and North America; up to $3.86 billion in commercial milestone payments for jointly discovered compounds and EPI-589 in total; and double-digit royalties on commercial sales.

DSP will also invest $50 million in Edison through a preferred stock purchase agreement. At the discretion of Edison, DSP shall invest an additional $50 million in the period between the first and fifth anniversaries of the initial equity closing.

Building on the March 2013 Edison/DSP collaboration agreement, the primary clinical focus of the partnership is the adult central nervous system. Under the terms of the expanded alliance agreement, DSP will gain access to three jointly discovered compounds and fully fund their development in Japan and North America. Edison will retain rights to these compounds outside of Japan and North America. Edison will have worldwide rights to up to seven jointly discovered compounds, which DSP will fund through IND filing. In addition, DSP will broaden its rights to EPI-589 to include North America. Edison will retain 100 percent ownership of its drug EPI-743, and it will continue to direct all research, clinical development, and commercial development outside of Japan.

The research and development program is directed at the characterization of the redox control energy system critical to the generation and regulation of cellular energy metabolism. The parties believe that the cellular redox "network" is an untapped reservoir of new drug targets, especially for high energy-consuming organs such as the brain. DSP and Edison will work together under a novel collaborative framework to discover, characterize, and translate drugs into clinical development.

"The broadening of our partnership with Edison reflects the success we have had to date in our current collaborative development programs. Compelling data suggest that the mitochondria and redox regulation play a central role in a variety of disease mechanisms," stated Mr. Hiroshi Noguchi, Chief Scientific Officer and Member, Board of Directors of DSP. He further stated, "As Edison is a leader in redox drug development, we see the highly integrated alliance structure as a way to bring our companies closer together in order to leverage our mutual strengths, make new and important discoveries, and bring valuable new drugs to the marketplace for critical diseases with unmet medical need."

The term redox refers to a set of chemical reactions involving the tandem accepting and donating of electrons. Redox biochemical and enzyme-catalyzed reactions underlie the vast majority of the chemistry responsible for the generation of energy within the cellular powerhouse, the mitochondrion. In addition, redox reactions play a critical role in the regulation of energy metabolism. Edison's initial clinical focus is on a set of pediatric diseases where there are unambiguous genetic alterations in mitochondrial proteins responsible for energy generation and regulation. These rare (orphan) diseases are collectively referred to as inherited respiratory chain diseases of the mitochondria. They form the basis of Edison's initial drug development efforts; the breadth of Edison's proprietary technology platform extends well beyond these conditions.