A new drug to prevent and reverse type 2 diabetes progression 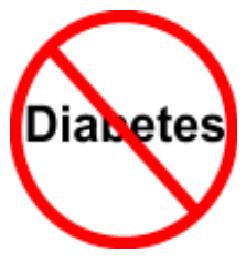 Singapore: CSL has developed a new drug candidate that is able to prevent the development of type 2 diabetes and reverse its progression in animal models of the disease. The research has been published in the journal Nature.

CSL has come up with a drug candidate that blocks signalling by a protein known as vascular endothelial growth factor-B (VEGF-B) that prevents fat from accumulating in the wrong places such as in muscles and in the heart. As a result, cells within these tissues are once again able to respond to insulin and blood glucose is restored to normal levels.

The research is a joint effort by an international team led by Professor Ulf Eriksson from the Karolinska Institute, Sweden, and involved scientists from CSL's research laboratories in Melbourne, from the University of Melbourne and from the Ludwig Institute for Cancer Research.

Dr Andrew Nash, Senior Vice President of Research at CSL. "We are very hopeful that the antibody-based drug that we have developed and tested together with Professor Eriksson will ultimately lead to a new treatment option for people with diabetes."

Type 2 diabetes is normally preceded by insulin resistance, which is most often caused by obesity. When this happens, the cells no longer respond sufficiently to insulin, which leads to elevated levels of blood sugar. These findings were further developed in this latest study in which VEGF-B signalling was blocked by CSL's drug candidate, known as 2H10, in groups of diabetic mice and rats.

A total of four related studies are reported in the Nature paper. In one study, mice bred to spontaneously develop diabetes were treated with 2H10. The mice subsequently developed neither insulin resistance, nor diabetes. The research team also crossed this mouse model with one that lacked the ability to produce VEGF-B, and found that the at-risk offspring were protected from developing diabetes. In another two studies, the scientists investigated the effects of 2H10 on mice and rats that had developed obesity and type 2 diabetes as a consequence of a fat-rich diet. Again the treatment was able to prevent development and progression of the disease respectively.

Obesity and diabetes expert and co-author of the paper, Professor Joe Proietto, said that there is a "need for new treatment strategies for type 2 diabetes as existing treatments can cause adverse reactions and their effects can wear off."