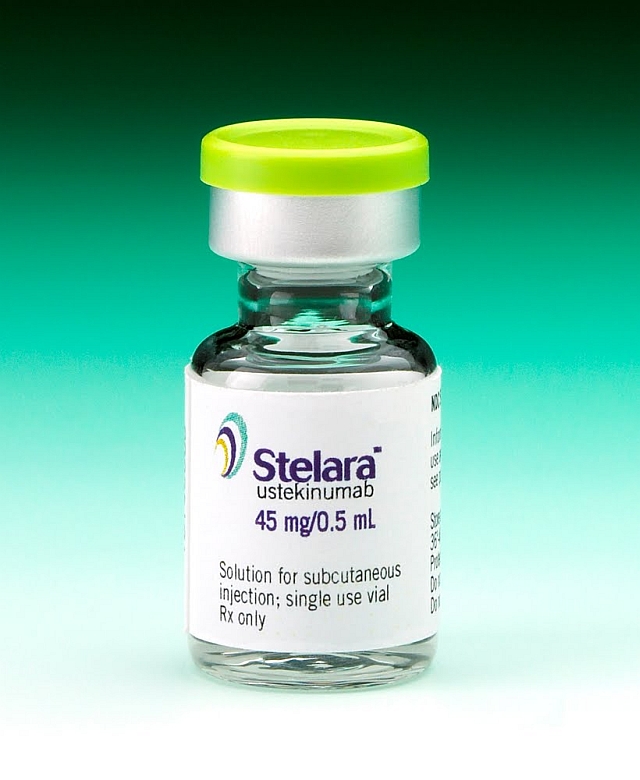 Singapore: A study by Janssen Research and Development revealed that patients with active psoriatic arthritis, who were treated using Centocor's STELARA (ustekinumab), witnessed substantial improvements in signs and symptoms of the disease.

Data from the 615-patient phase III trial, which was presented at the European League Against Rheumatism (EULAR) Annual Congress, highlighted that patients who received STELARA 45 mg and 90 mg achieved the primary endpoint of the study, a significant reduction in arthritis signs and symptoms at week 24.

STELARA, a interleukin (IL)-12/23 inhibitor, also led to significant improvements in physical function, including dactylitis and enthesitis, which are the two common manifestations of psoriatic arthritis casusing pain and swelling.

Dr Iain B McInnes, professor, University of Glasgow, and a study investigator, said that, "Some 15 percent of patients living with psoriasis of the skin will develop psoriatic arthritis. This is a challenging disease that causes great distress for those afflicted, for which we currently have too few treatment options. We look forward to additional data from the phase III psoriatic arthritis clinical development program to allow us to more fully assess the efficacy and safety of STELARA in the treatment of this complex inflammatory disease."

Treatment with STELARA was generally well-tolerated with similar proportions of patients experiencing at least one adverse event (AE) through week 16, the placebo-controlled period, among those receiving STELARA (42 percent) and placebo (42 percent). Serious AEs were reported in two percent of STELARA-treated patients and two percent of patients receiving placebo.