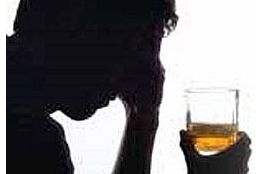 Singapore: An experimental treatment for alcohol dependence works better in individuals who possess specific combinations of genes that regulate the function and binding of serotonin, a brain chemical affected by the treatment, according to a study supported by the National Institutes of Health (NIH).

"This study is another important step toward personalized treatments for alcohol dependence," said Dr Kenneth R Warren, acting director of the National Institute on Alcohol Abuse and Alcoholism (NIAAA), which funded the study. "A personalized approach based on a person's genetic makeup is increasingly being investigated for delivering optimum treatment to the 'right' patient."

Ondansetron is a medication currently used to treat nausea and vomiting, often following chemotherapy. It works by blocking serotonin-3 receptors, and has shown potential as a treatment for defined subpopulations with alcohol dependence.

In previous studies, Professor Bankole Johnson and his team at the University of Virginia, Charlottesville, have shown that variations in genes that encode the serotonin transporter, a protein that regulates the concentration of serotonin between nerve cells, can significantly influence drinking intensity. They have also shown that the effectiveness of ondansetron therapy among people with alcohol dependence is influenced by variations of the serotonin transporter gene.

In the current study, Professor Johnson and his colleagues extended their prior work by analyzing variants of serotonin receptor genes, collectively designated as HTR3, among nearly 300 alcohol-dependent individuals who were participating in a clinical trial of ondansetron. They found that three HTR3 variants were significantly associated with the effectiveness of ondansetron treatment for alcohol dependence.

"Taken together, these studies implicate a collective effect of serotonin receptor and transporter gene combinations, defined by a five-marker genotype panel, on the response to treatment with ondansetron for a genetically defined subpopulation of individuals with alcohol dependence," says Professor Johnson. "Multi-site, larger studies are about to begin to progress this work."