Merck alzheimer's trial is a success 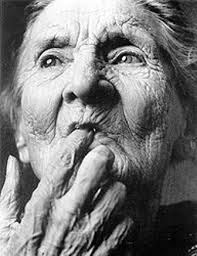 Singapore: Merck, which is known as MSD outside the US and Canada, revealed positive results from its phase Ib study showing a dose-dependent decrease in ÃŸ amyloid levels in cerebral spinal fluid (CSF) following administration of MK-8931.

The compound is Merck's investigational oral ÃŸ-site amyloid precursor protein cleaving enzyme (BACE1 or ÃŸ secretase) inhibitor that is used to treat patients with mild to moderate Alzheimer's disease (AD). In the study, ÃŸ amyloid levels were analyzed as a measure of BACE activity. The data were presented at the Alzheimer's Association International Conference (AAIC) in Boston, US, which is being held from July 13-18, 2013.

In the study, administration of MK-8931 at doses of 12, 40 and 60 mg resulted in a dose-dependent and sustained reduction in the levels of Ab40, a measure of BACE1 activity, in CSF from baseline of 57, 79 and 84 percent, respectively. No serious adverse events or study discontinuations due to adverse events were recorded.

Previously, Merck researchers presented findings of a single dose phase I study at the 2012 American Academy of Neurology (AAN) Annual Meeting, which demonstrated that administration of MK-8931 to healthy volunteers resulted in a reduction of Ab40 CSF levels of greater than 90 percent from baseline.