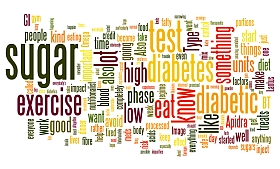 Singapore: Long-term treatment with the type 2 diabetes drug metformin improves health and longevity of male mice when started at middle age, reports an international team of scientists led by researchers at the National Institute on Aging (NIA), a part of the National Institutes Health. Metformin for the study reported today was supplied by the Spanish generic manufacturer Farmhispania.

The study, which tested two doses of the drug in the male mice, found the higher dose to be toxic in the animals. Scientists emphasized that considerably more research is needed before the implications of metformin for healthy aging are known for humans.

"There is increasing interest in exploring how drugs for one use might be repurposed for another," noted Dr Richard J Hodes, director, NIA. "It is exciting to discover that a drug already known to be safe and effective in humans might be further studied for a possible, alternate use for healthy aging."

"Aging is a driving force behind metabolic syndrome and diabetes. Given that metformin is clinically proven to alleviate symptoms of these conditions and reduce risk of cancer, we thought perhaps it was a good candidate to study for its broader effects on health and lifespan," said Dr Rafael de Cabo, head of the study.

Specifically, Dr Cabo's research focuses on testing compounds that might mimic benefits of calorie restriction, as shown in some animal models. A significant reduction in calories causes the body to adjust how it creates and processes energy, generating a mild biological stress, which contributes to the reported health benefits. Metformin works, at least in part, by also controlling the body's energy use and production. The study offers evidence that metformin might provide some of the positive effects of calorie restriction.