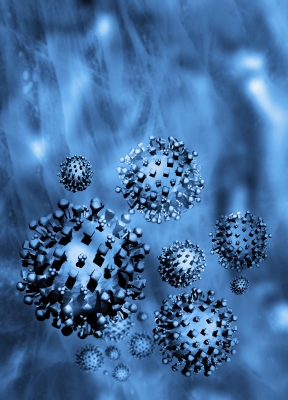 Singapore: Researchers at Singapore's Institute of Bioengineering and Nanotechnology (IBN) and California's IBM Research Almaden have discovered a new, potentially life-saving application for polyethylene terephthalate (PET), a compound which is widely used to make plastic bottles.

They have successfully converted PET into a non-toxic biocompatible material with superior fungal killing properties. As reported in Nature Communications, their new material proved particularly effective in destroying drug-resistant fungi and fungal biofilm, displaying great potential as an antifungal agent to prevent and treat topical fungus-induced diseases such as skin infections and keratitis.

Our latest breakthrough with IBM allows us to specifically target and eradicate drug-resistant and drug-sensitive fungi strains and fungal biofilms, without harming surrounding healthy cells. We hope to eventually apply this technology clinically to help the large number of patients worldwide who suffer from fungal infections."

In recent years, the number of opportunistic fungal infections has increased due to the growing populations of patients with weakened immune systems, for example due to cancer, organ transplant or HIV/AIDS. In such patients, invasive infections caused by Candida, Aspergillus and Cryptococcus neoformans fungi strains may take the form of potentially lethal blood stream infections, lung infections and meningitis. Candida, for example, causes candidiasis, which is the fourth most common fungal blood stream infection among hospitalized patients in the United States according to the Centers for Disease Control & Prevention.

A particular challenge facing researchers lies in fungi's metabolic similarity to mammalian cells. Existing antifungal agents are unable to distinguish between infected and healthy cells, and frequently end up attacking the latter. Hence, patients commonly report hemolysis and nephrotoxicity as treatment side effects.

Leveraging IBM's polymer synthesis and computational expertise, as well as IBN's nanomedicine and biomaterials research expertise, the researchers transformed PET, a common plastic material, into novel small molecule compounds that self-assemble in water into nanofibers. Via electrostatic interaction, the nanofibers are able to selectively target fungal cells and penetrate their membrane, killing them in the process.

According to Dr Yi Yan Yang, group leader, IBN, "The ability of our molecules to self-assemble into nanofibers is important because unlike discrete molecules, fibers increase the local concentration of cationic charges and compound mass. This facilitates the targeting of the fungal membrane and its subsequent lysis, enabling the fungi to be destroyed at low concentrations. The result is a highly efficient killing strategy that causes minimal damage or toxicity to surrounding healthy cells."