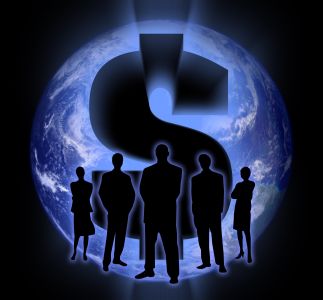 WHO and Global Fund have identified an anticipated gap of $1.6 billion in annual international support for the fight against tuberculosis in 118 low and middle income countries

Singapore: WHO and the Global Fund to Fight AIDS, TB and Malaria said that strains of tuberculosis with resistance to multiple drugs could spread widely and highlight an annual need of at least $1.6 billion in international funding for treatment and prevention of the disease.

Dr Margaret Chan, director-general of WHO, and Dr Mark Dybul, executive director of the Global Fund, said the only way to carry out the urgent work of identifying all new cases of tuberculosis, while simultaneously making progress against the most serious existing cases, will be to mobilize significant funding from domestic sources and international donors.

With the overwhelming majority of international funding for tuberculosis coming through the Global Fund, they said, it is imperative that efforts to raise money be effective this year. Growing alarm about the threat of multi-drug resistant TB, also known as MDR-TB, is making that even more pressing. "We are treading water at a time when we desperately need to scale up our response to MDR-TB," said Dr Chan. "We have gained a lot of ground in TB control through international collaboration, but it can easily be lost if we do not act now."

WHO and the Global Fund have identified an anticipated gap of $1.6 billion in annual international support for the fight against tuberculosis in 118 low and middle income countries on top of an estimated $3.2 billion that could be provided by the countries themselves. Filling this gap could enable full treatment for 17 million TB and multidrug-resistant TB patients and save six million lives between 2014-16.

"It is critical that we raise the funding that is urgently needed to control this disease," said Dr Dybul. "If we don't act now, our costs could skyrocket. It is invest now or pay forever."

Dr Chan and Dr Dybul spoke to the media in Geneva in advance of World TB Day on March 24, which commemorates the day in 1882 when Dr Robert Koch discovered the mycobacterium that causes tuberculosis.

While the Millennium Development Goal of turning around the TB epidemic has already been met, the two percent decline in the number of people falling ill with TB each year remains too slow. Two regions - Africa and Europe - are not on track to achieve the global target of halving the TB death rate between 1990 and 2015. In 2011, 1.4 million people died due to TB, with the greatest per capita death rate in Africa. Multidrug-resistant TB (MDR-TB) presents a major threat, with an estimated 630,000 people ill worldwide with this form of TB today.

WHO worked with the Global Fund and the Stop TB Partnership to support selected high TB burden countries in reviewing their priorities for the next three years and estimating available funding and gaps. Estimates have been made for 118 countries eligible for Global Fund support. Of the US$ 1.6 billion gap in donor financing, almost 60 percent is for WHO's Africa region.

In the 118 countries, there are four priority areas for domestic and international investment to drive down deaths, alleviate suffering, cut transmission and contain spread of drug resistance.

For the core areas of expanded diagnosis and effective treatment for drug-susceptible TB (which will prevent MDR-TB), a total of $2.6 billion is needed each year for the 2014-16 period. For 2011, funding of about $2 billion was available. In low-income countries, especially in Africa, this is the largest area for increased financing.

Prompt and effective treatment for multidrug-resistant TB requires an estimated total of $1.3 billion per year. This is where the greatest increase in funding is needed in the coming years. For 2011, funding of US$ 0.5 billion was available.

In addition to the $1.6 billion annual gap in international financing for the critical implementation interventions above, WHO and partners estimate that there is a $1.3 billion annual gap for TB research and development during the period 2014-2016, including clinical trials for new TB drugs, diagnostics and vaccines.